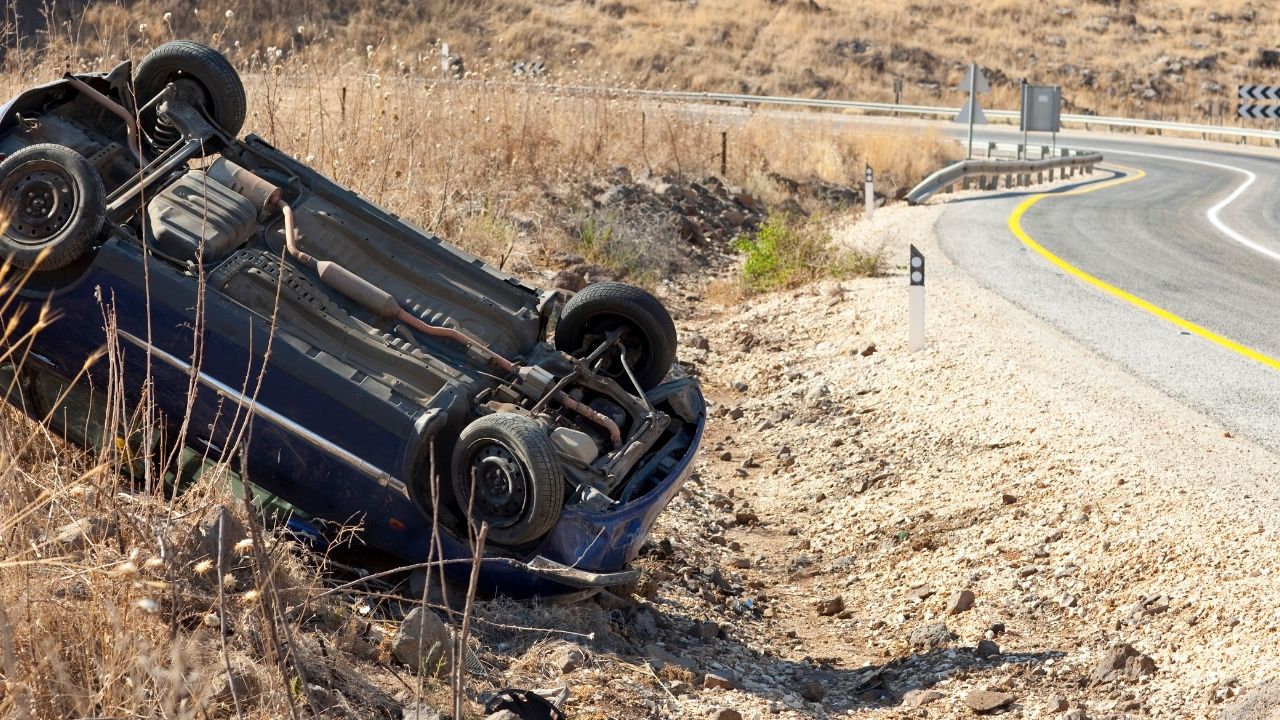 The number of fatal car crashes throughout Nevada increased sharply in 2021, with the first five months of the year marking a more than 30 percent increase in the number of traffic fatalities. Though each crash is different, most are attributed to a few common factors. Taking action to avoid these factors can decrease your risk of being involved in a wreck. Below, we’ll discuss the seven most frequent causes of car crashes in Las Vegas.

Driving Under the Influence of Alcohol or Drugs

Driving after drinking alcohol or taking any drug—licit or illicit—that impairs your judgment or reaction times can be incredibly dangerous to you, your passengers, and others on the road. And driving under the influence is a serious offense under Nevada law, especially if you’re involved in an accident resulting in serious property damage or injuries while you’re intoxicated.

Nevada, like all states, makes it a crime to drive with a blood alcohol content (BAC) of 0.08 percent or more. For commercial drivers, a BAC of 0.04 percent or higher is illegal, while drivers under age 21 can be arrested for a BAC of 0.02 percent or more. First-time offenses that don’t result in property damage or injuries, and where the driver’s BAC is above the legal limit but below 0.18 percent, are usually charged as a misdemeanor. However, drivers in DUI crashes that cause substantial bodily harm to others, or who have already had more than one DUI conviction within the last seven years, can be charged with a felony.

Each year, around one in four traffic fatalities in Nevada can be attributed to driving under the influence.

Since the advent of cell phones, distracted driving has rocketed to the top of the list of car crash causes. However, not all distracted driving involves using a phone while behind the wheel. Distracted (and dangerous) driving can include any of the following:

There are a few exceptions to this cell phone prohibition. Law enforcement personnel (including police, firefighters, and EMS) are permitted to text and drive while responding to an emergency, as are civilians who need to report an emergency and can’t get to a safe place to do so.

Being caught for driving while distracted isn’t a crime—but first-time offenders will be charged $50, while the second offense within seven years is $100 and a third offense is $250. Although texting and driving doesn’t carry significant criminal penalties, someone who causes a serious accident while distracted may be charged with reckless driving or vehicular manslaughter.

Though it may be tempting to speed so that you can reach your destination faster, doing so can carry serious consequences. Speeding is one of the leading causes of car crashes in the U.S., and Las Vegas’s many long, straight highways don’t do much to discourage racing.

Moreover, speeding can get you into legal trouble, especially when it precedes an accident. There are essentially four categories of speeding under Nevada law:

This means that you can technically be “speeding” even if you’re driving under the posted speed limit; if your speed is considered too fast for the conditions, you could get a ticket or be at a higher than average risk of crashing.

Most people who live in four-season climates don’t have the option to stay home whenever it rains or snows. But unfortunately, driving during wet, snowy, windy, foggy, or icy conditions can increase your likelihood of being involved in an accident. Snow, ice, and rain can increase your stopping distance or cause you to skid out of control, while strong winds may impact your steering.

And if it’s so foggy that you can’t see more than a few car lengths ahead of you, it’s a good idea to pull off the road and wait until visibility improves. Even with your headlights on, it can be tough for other vehicles to see and avoid you under those conditions.

A driver who goes far more quickly than the surrounding traffic, who makes quick lane changes without signaling, tailgates or brake-checks other drivers, or engages in other reckless or aggressive behaviors behind the wheel is at high risk of causing an accident. Whether the driver loses control of their vehicle due to their own aggressive actions or causes another driver to have an accident, they may be criminally and civilly liable.

Nevada criminalizes aggressive driving, especially when it leads to an accident. Nevada Revised Statutes section 484B.650 defines aggressive driving as speeding, creating a traffic hazard, and/or doing two or more of the following maneuvers within a one-mile span of road:

Another major cause of car crashes includes drivers who violate traffic laws. From running red lights and stop signs to failing to yield, a driver who violates the rules of the road—whether deliberately or not—puts themselves and others at risk. And like aggressive driving, speeding, and other risky maneuvers, violating Nevada’s traffic laws can lead to an expensive ticket or criminal charges if you’re involved in an accident.

Some traffic law violations that tend to lead to an accident include:

Not only are these behaviors discourteous to other drivers, but they can also be deadly—particularly for motorcyclists, bicyclists, and others who may not be able to avoid colliding with auto drivers who don’t obey the law.

Another contributing factor to many auto accidents involves vehicles that have a defective part or that have been improperly maintained. Many vehicles are subject to manufacturer recalls at one point or another; one of the most famous involved a recall of Takata airbags that sometimes deployed at random, killing nearly 20 drivers over a period of years. Not all vehicle recalls involve issues that put other drivers in danger, but some defective vehicles can pose a risk to anyone on the road.

Drivers aren’t just at risk of injuries caused by vehicle defects, but also by faulty maintenance. Something like a missing lug nut, an under-inflated tire, or a missing radiator cap can compromise a vehicle’s performance and cause a blowout or crash.

Though not all car crashes are preventable, there are things that all drivers can do to make the roads safer. Maintain a safe speed; avoid alcohol and drugs whenever you’re planning to drive; don’t drive aggressively or recklessly; have your car looked over by a trusted mechanic occasionally and heed all recall notices, and obey the rules of the road. By following these steps, you can reduce your risk of being involved in an auto accident.