What Are The Odds Of Surviving A Motorcycle Accident? 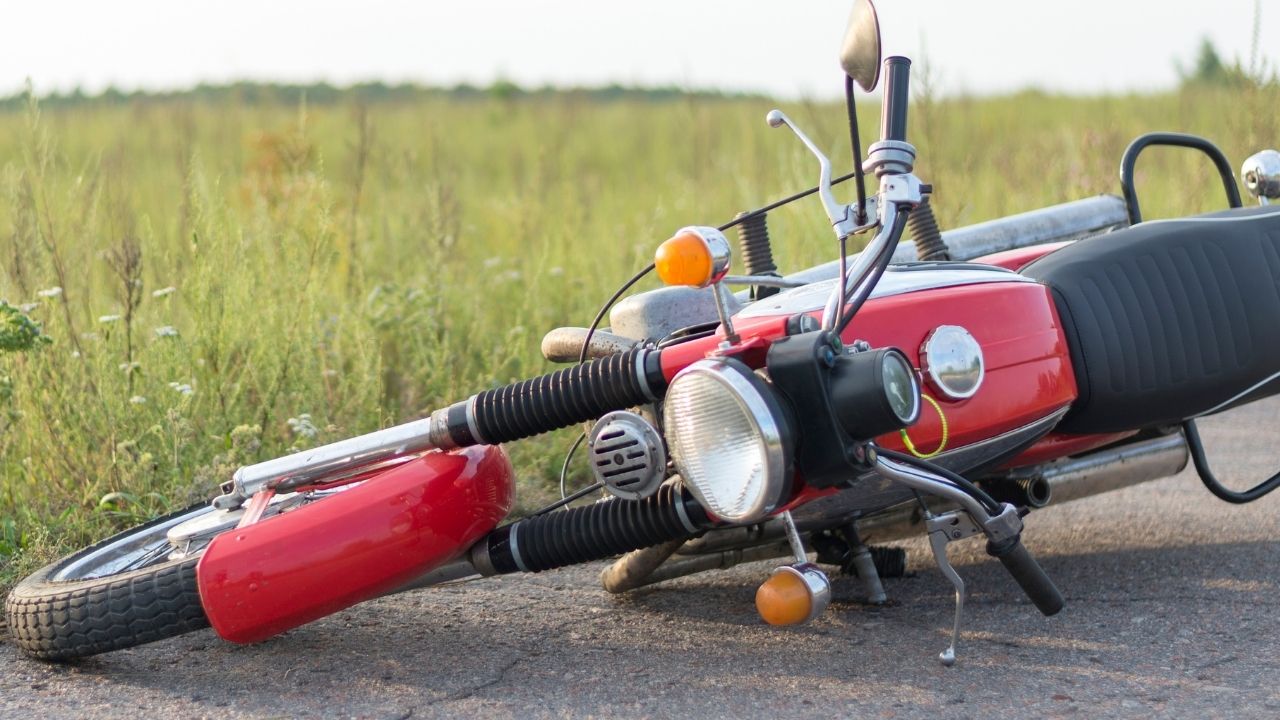 Motorcycles can be a great form of recreational transportation, allowing you to travel long distances quickly while feeling the wind in your hair. But unfortunately, motorcycles pose far greater risks for riders in a crash than cars, trucks, and other closed vehicles. And because motorcycles are small and can be tough for other drivers to see, they’re more likely to be involved in an accident.

According to the National Highway Traffic Safety Administration (NHTSA), in 2019, just over 5,000 people were killed in motorcycle crashes, putting motorcyclists at a 29 times higher risk of dying in a crash than those in a passenger vehicle. And as of 2020, only about two in every three motorcyclists regularly wore a helmet; going without a helmet can put you at far greater risk of suffering a serious injury in a motorcycle crash.

What Are the Odds of Surviving a Motorcycle Crash?

According to the most recent crash data from the NHTSA, the survival rates for motorcycle crashes largely depend on the type and circumstances of the accident.

These statistics don’t account for things like helmet use, speeding, or driver distraction, all of which can increase the risk of being involved (and injured) in a serious accident.

What Are the Odds of Being Injured in a Motorcycle Crash?

While the majority of motorcyclists will survive a crash, surviving without injury is another question altogether. The odds of getting hurt in a crash, even a low-speed crash like a fender-bender, are much higher for motorcyclists than for vehicle passengers.

This means that most motorcyclists who are involved in a crash will be facing medical bills and potential time off work as a direct result of their accident.

Increasing Your Odds of Surviving a Motorcycle Accident

These general odds of injury or death can be skewed based on your own actions and the precautions you take. In other words, taking risks like riding without a helmet or riding while intoxicated can significantly increase your risk of injury or death, while taking precautionary measures may improve your odds. Below we explain a few things you can do to reduce your risk of suffering serious injuries in an accident.

One of the most impactful things you can do when riding a motorcycle (or any other motorized vehicle, like a dirtbike or ATV) is wearing a helmet. According to the CDC, wearing a motorcycle helmet can decrease your risk of being killed in a motorcycle crash by 37 percent. It also decreases your overall risk of head injury by almost 70 percent. The NHTSA has estimated that every year, more than 700 motorcyclists who died in crashes could have been saved if they had worn helmets.

Currently, only 18 U.S. states—including Nevada—require all motorcyclists to wear helmets. In addition to being against the law, failing to wear a helmet while riding a motorcycle could make it easier for any at-fault parties to argue that you are at least partially responsible for your own injuries.

Motorcycles are much harder to ride than vehicles. Not only do you have to focus on normal driving tasks like staying between the lines, yielding to traffic signals, and merging with other vehicles, but you also have to be able to keep your motorcycle upright, search out potential hazards in the road, and ensure that other drivers are aware of you. Defensive driving is crucial for motorcyclist safety.

Because riding a motorcycle can carry enough risk on its own, it’s important to avoid any bad habits or poor choices that could put you at risk. The actions that are most dangerous for motorcyclists include:

It’s also a good idea to avoid riding in inclement weather. Ice, snow, and even rain can make roads slick—and for vehicles like motorcycles that have only two wheels on the ground, slick roads can increase the risk of crashing or colliding with another object.

Your Rights After a Motorcycle Crash

Even the most experienced and skillful motorcycle riders are still at some risk of being involved in an accident. Often, these accidents are the fault of another driver who wasn’t paying attention or was otherwise negligent.

The moments after a motorcycle crash can be surreal. Even if you’re able to stand up and walk away, you could be dealing with serious injuries—the adrenaline and cortisol your body releases after a crash can often put you into a shock-like state where you may not realize how injured you are until later. Unfortunately, unscrupulous insurance companies and negligent drivers can seize on this opportunity to pressure you into settling your claim for far less than you’re owed. You may be told that if you don’t accept an offer immediately, it will be withdrawn and you’ll be forced to battle it out in court.

What a Motorcycle Accident Attorney Does

After an accident, a motorcycle accident attorney can do the following:

Many motorcycle accident claims are settled before trial—but having an experienced motorcycle crash attorney on your side can ensure that you’ll recover the maximum amount available, regardless of the heavy-handed tactics the other side may use to pressure you to settle.

What Compensation Is Available After a Motorcycle Crash?

If you or a loved one has been injured in a motorcycle crash, you could be able to recover compensation for the following:

If the motorcycle crash resulted in death, the surviving family members may also be able to sue for wrongful death, recovering damages based on the deceased person’s lifetime earning potential, as well as emotional distress damages and funeral and burial costs.

In some cases, the injured person’s spouse may also be able to sue for loss of companionship. Each case is different, and not all types of damages are available in all motorcycle accident cases—but by having an experienced motorcycle accident attorney on your side, you can relax and focus on recovery while your attorney fights for the compensation you deserve.