Have You Suffered a Personal Injury Due to Distracted Driving? 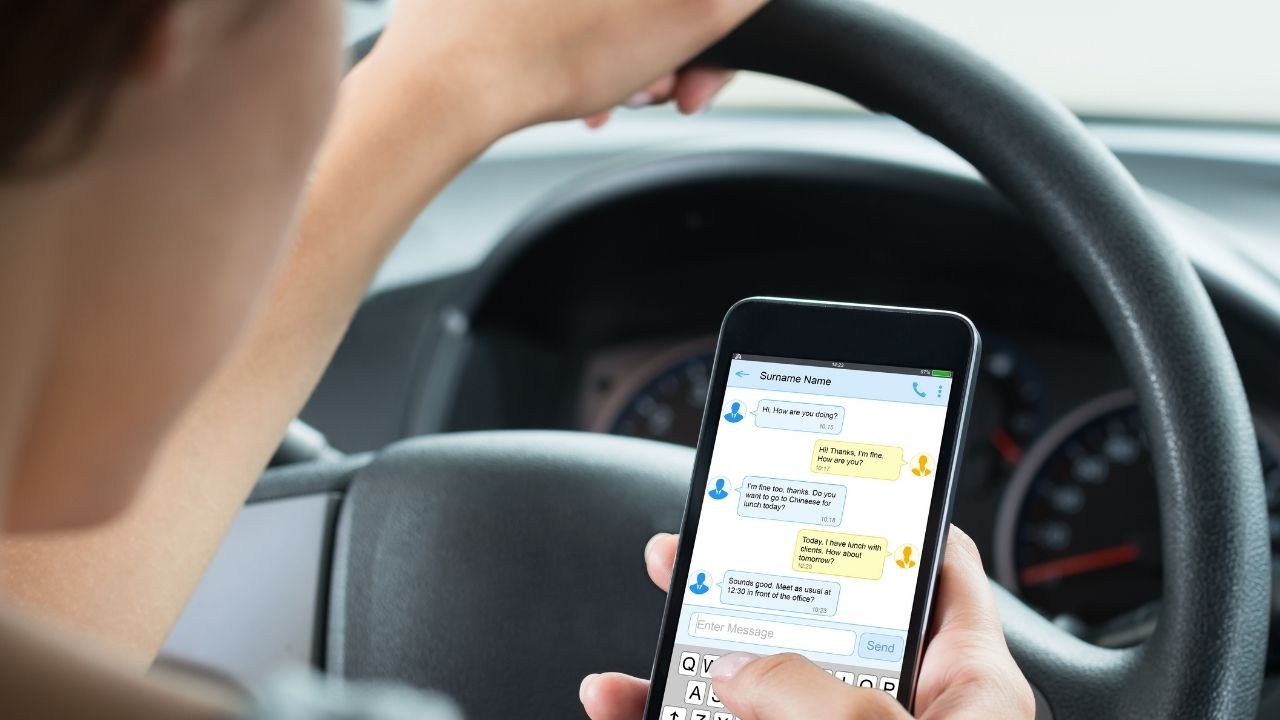 In the two decades since personal cell phones became commonplace, almost all U.S. states—including Nevada—have enacted laws prohibiting drivers from texting, surfing, or talking without a hands-free device while behind the wheel. But these laws haven’t deterred all drivers from driving while distracted.

Each year, inattentive drivers are responsible for more than a million crashes on U.S. roads.

Nevada makes it unlawful to use any handheld wireless communications device “to type or enter text, send or read data,” or “engage in voice or non-voice communication without use of a hands-free device.” This broad law covers everything from actual texting to browsing a music app, web surfing, reading an email, or chatting with the phone to your ear.

Although a first offense cell phone ticket isn’t a moving violation, the second or third offense within seven years will earn the driver a moving violation and four points to their license. Accumulating 12 points within one year can result in the automatic suspension of the person’s driver’s license for six months.

In almost every situation, someone who gets one or more cell phone tickets within a short time period will see a significant increase in their auto insurance rates. CDL holders may find themselves unemployed or unemployable if the cost to insure them is too high.

In addition to these fines and penalties, Nevada drivers who are involved in an accident while texting could face criminal charges. Depending on the extent of injury (up to and including death) and the level of property damage, the driver could be charged with reckless driving, aggressive driving, assault or battery, or even vehicular manslaughter.

There are some situations in which texting or even operating a laptop while driving isn’t punishable under Nevada law. The following individuals can text while driving:

Some of these categories, particularly the last three, may wind up being affirmative defenses to a traffic ticket—it’s not uncommon for a ticket to be issued and then vacated if the driver can show that they were using their cell phone to make a protected report.

Watching an at-fault driver receive a cell phone ticket after they’ve injured you in an accident (or even watching them be arrested for reckless or aggressive driving) can be satisfying, but it won’t help compensate you for your injuries. To do that, you’ll need to sue the driver in civil court.

Generally, anyone who is injured or sustains property damage in an auto accident should be able to sue the other driver for negligence under Nevada’s personal injury laws. And because texting and driving is explicitly against the law in Nevada, having evidence that the at-fault driver was breaking the law at the time they caused your accident can go a long way toward recovering damages (or urging the defendant into an out-of-court settlement). We’ll discuss some of the things you’ll need to prove to recover damages, as well as the type of damages you can recover.

What to Prove in a Texting and Driving Lawsuit

To prevail in your lawsuit, you’ll need to prove that the at-fault driver:

Unless you can prove all three of these elements, you won’t be entitled to a judgment in your favor. If, for example, you can show breach but not damages, your claim will fail; and if you can show you’ve suffered injuries but can’t tie them to the defendant’s actions, you also won’t be able to recover damages.

Generally, proving the first factor is simple; if the defendant admits they were driving, they have an obligation to take reasonable care while behind the wheel. This includes reasonably following the law.

To prove a breach, you’ll need to show that the other driver’s actions fell below this reasonable-care standard. This can include driving while distracted, driving while intoxicated, reckless or aggressive driving, or any combination of these or other factors. With the advent of cell phone records, it can be fairly straightforward to show that a defendant’s cell phone was being actively used (without a hands-free device) during the moments leading up to the crash. You could even dig more deeply into these records to show that the defendant had a pattern or practice of surfing the web while behind the wheel.

Finally, to show damages, you’ll need to establish both your realized and potential future costs. This can include medical bills, evidence about the time you were forced to take off work, and vehicle repair quotes or invoices. Establishing the costs you could incur in the future can be trickier; you might need medical or vocational experts to testify about your future employability, therapies you might need, or long-term health issues you could find yourself facing.

Damages That May Be Available

The specific damages available will depend on the circumstances of your case. Some of the broad categories of damages that may be available include:

If you were married at the time of the crash or are the spouse of a victim of distracted driving, you could also be eligible to recover loss of consortium damages. These damages are designed to compensate spouses for the loss of love, services, and companionship they’ve suffered as a direct result of their partner’s injury.

Unlike medical malpractice damages, which are capped under state law, Nevada doesn’t cap the amount of damages awarded in a personal injury lawsuit (except certain lawsuits against the government). However, the actual amount in monetary damages that will be available will largely depend on the defendant’s insurance coverage and the extent of their personal assets. If a defendant is uninsured or impoverished enough to be judgment-proof, you may need to rely on your own uninsured or underinsured motorist coverage to fully compensate you for your losses.

Nevada personal injury plaintiffs have only two years after an accident to file a lawsuit. Failing to sue the at-fault party or parties within this statute of limitations can permanently bar you from making a claim. Meanwhile, insurance companies have a direct incentive to settle any accident claims as quickly (and cheaply) as possible, often putting pressure on you to make a quick decision. It’s not uncommon to begin getting phone calls from insurance representatives while you’re still recuperating from your injuries in the hospital, a rehabilitation facility, or at home.

Before you take any action other than seeking medical care and treatment for your injuries, it’s important to talk to an experienced personal injury attorney who has handled other distracted driving accidents. Your attorney can investigate the accident, negotiate with the other party or their insurance agent on your behalf, and make sure that your rights are protected throughout the process.