What To Do After Getting a Red-Light Ticket in Nevada 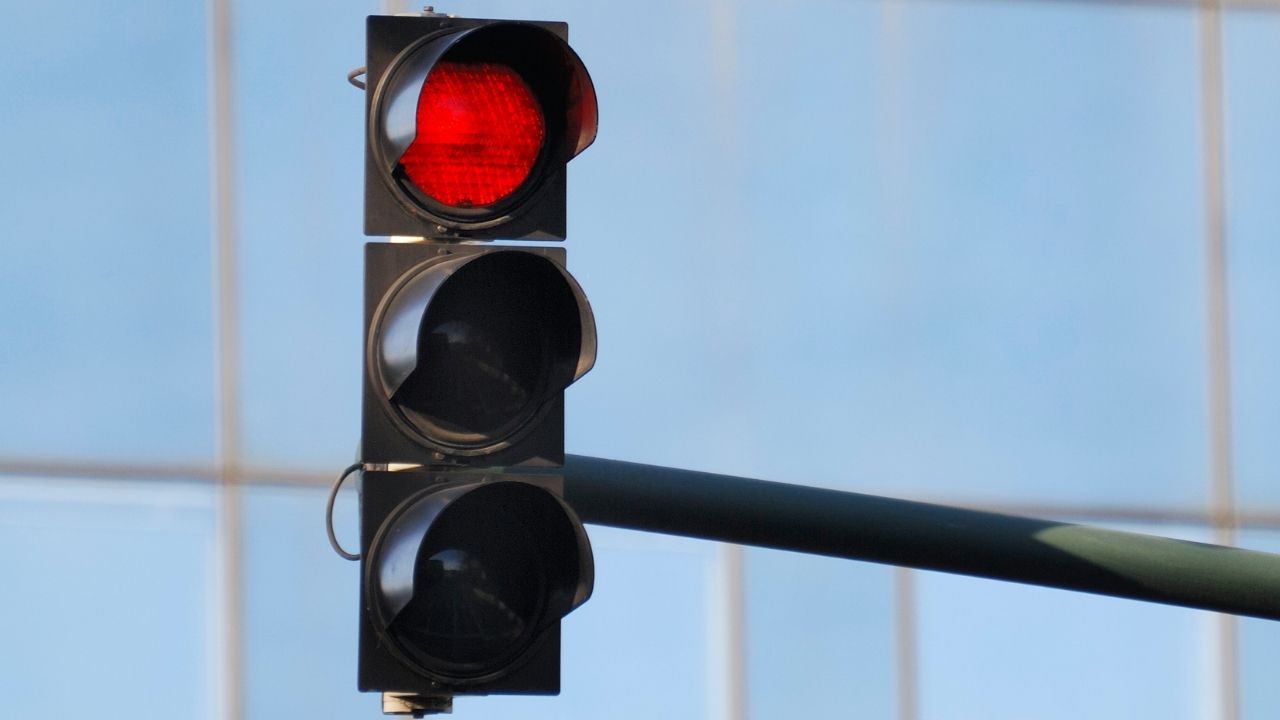 Although Nevada doesn’t have red light cameras that issue tickets without even requiring a police officer to observe the infraction, many Nevada drivers are still pulled over each year for running a red light or stop sign.

Red light tickets can cost hundreds of dollars and result in demerit points on your driver’s license, increasing your auto insurance rates for months or years to come. And if you fail to appear for a hearing on your red light ticket (or fail to pay the ticket by the due date), you could even be arrested.

What should you know about Nevada’s red light laws?

What defenses can you raise if you’re charged with running a red light?

Below, we’ll discuss some potential penalties associated with red light tickets and how you can fight back.

Nevada’s traffic laws, including red light laws, are codified in Nevada Revised Statutes (NRS) chapter 484B, section 300. This prohibits any driver from disobeying the instructions of any official traffic-control device, including stop signs and stop lights. (One major exception is when a light is malfunctioning and a police officer is directing traffic.) Turning right on a red light where “no turn on red” signs are posted can also count as running a red light.

Unlike many states, Nevada’s traffic tickets aren’t infractions or ordinance violations; instead, they’re charged as a misdemeanor. This means that, in addition to any fine that is imposed, you could be facing jail time or community service if you’re convicted of a traffic-related crime.

If you’re issued a ticket for running a red light in Nevada, you can be charged anywhere from $395 to $1,000. You may be able to reduce this cost by attending traffic school, which can bump the ticket down to a non-moving violation. (More on this below.)

Being convicted of a traffic light violation will mean four demerit points on your Nevada driver’s license, which will stay on your license for one year. (If you’re from out of state, these penalties may be transferred over to your state.) Twelve demerit points means an automatic six-month driver’s license suspension. However, if your ticket is bumped down to a non-moving violation, you won’t accrue any demerit points.

Another consequence of a red light ticket is a sharp increase in your auto insurance rates. Although the amount of your rate increase will depend on a variety of factors, from your driving history to the value of your vehicle and your age, you can generally expect to pay more for insurance for the next couple of years if you have a moving violation on your record.

If you run a red light in a work zone or an area designated as a “temporary traffic control zone,” including a work zone, any penalty assessed could be doubled. This penalty can’t exceed $1,000, six months in jail, or 120 hours of community service, but judges have some discretion to set penalties below this amount depending on the circumstances.

However, if you run a red light and are involved in an accident that: (a) causes injury to a highway construction or maintenance worker; or (b) more than $1,000 in property damage, you could be criminally charged—even if the work zone wasn’t properly marked.

Getting a red light ticket can be a stressful experience, and you may just want to put it all behind you. However, ignoring a red light ticket is by far the worst thing you can do—failing to appear in court when ordered or pay the penalty within the 30-day grace period will mean a bench warrant for your arrest. This means that you can be arrested at any time, whether at another traffic stop or even when an officer sees you at the grocery store. Because a red light ticket is a misdemeanor, courts take a failure to appear or pay more seriously than infractions and ordinances.

Courts can offer payment plans if you can’t afford to pay the entire fine at once. If you’re on a payment plan and miss a payment, you may be given the option of doing community service instead of spending time in jail. But if you fall behind on red light fine payments or miss a court date, your driver’s license may be suspended by the DMV; and if you’re caught driving while suspended, you could face even more severe penalties. Driving while suspended is a misdemeanor that can be punished by up to six months in jail and $1,000 in fines.

Defenses to a Red Light Ticket

There are a number of available defenses to a red light ticket, as well as ways to reduce the charge to a non-moving violation and avoid most of the penalties associated with this charge.

Obstruction of the Signal

Nevada law prevents officers from issuing a red light ticket if the traffic control device is not in its proper position or isn’t “sufficiently legible to be seen” by the average person. This means that you can’t get a ticket for running a stop sign that’s obstructed by foliage or a traffic signal that isn’t working. (However, if the traffic signal is flashing bright red, you’ll need to treat it as a stop sign.)

If you feel that you were wrongfully accused, you can request a bench trial. This places the burden of proof on the prosecutor to show that you violated Nevada traffic laws. Because Nevada red light tickets are a misdemeanor, this burden requires proof beyond a reasonable doubt—just like other criminal cases. If the only evidence against you is the officer’s report, you may be able to convince the judge that the prosecutor hasn’t proven your guilt beyond a reasonable doubt—especially if the officer doesn’t show up to court to testify.

You may also be able to present other evidence, like eyewitness testimony, photos, and surveillance or dash-cam video.

If you don’t have any evidence to present in your defense during a bench trial, and you aren’t sure you’ll be able to rebut the officer’s testimony or written report, it may be better to plead down the misdemeanor to a non-moving violation. This avoids any demerit points on your license, won’t result in a criminal conviction, and doesn’t carry any jail time. And because a non-moving violation doesn’t go on your driver’s license, you can also avoid any increase in your auto insurance rates by pursuing this option.

Generally, unless you have other moving violations on your record, were engaged in reckless driving at the time you ran a red light, or caused an accident or property damage, prosecutors are willing to reduce your red light ticket to a non-moving violation.

Another way to improve your odds of having your ticket pleaded down to a non-moving violation is by attending traffic school. If you complete Level 1 Nevada Traffic School within five days after your guilty plea, your charge should be automatically reduced to a non-moving violation. And since the COVID-19 pandemic, this traffic school can usually be completed online, from the comfort of your own home and on your own schedule.

Why You Need a Lawyer

Though a red light ticket may seem like something you can handle on your own, having a traffic attorney can improve your outcome and make the process as stress-free as possible.

When you hire a traffic attorney, your attorney can immediately begin gathering evidence and looking into the case against you. Depending on the evidence, your attorney will discuss your options and the likelihood of success at each. And with an attorney to represent you, you may not even need to personally appear in court—especially if you live out of state.

If a bench warrant for your arrest has been issued, an attorney can go to court and file a motion to quash the warrant. In most cases, once someone has appeared for the defendant, the court will quash the warrant and issue an order that directs the Nevada DMV to reinstate the defendant’s driver’s license.

And if you’ve already pleaded guilty to a red light ticket as a moving violation (or are convicted of a moving violation), an attorney can help you seal your conviction after one year has passed. Sealing your conviction essentially treats it as though it never happened; it will no longer appear on your driving record or criminal record and may not be used against you by your auto insurance company.

The benefits of hiring a private attorney to fight your red light ticket can significantly outweigh the cost—fines, fees, potential jail time or community service, time off work to appear in court, and a higher auto insurance premium. If you’d like help fighting a traffic ticket or just want to learn more about your options, give us a call today.