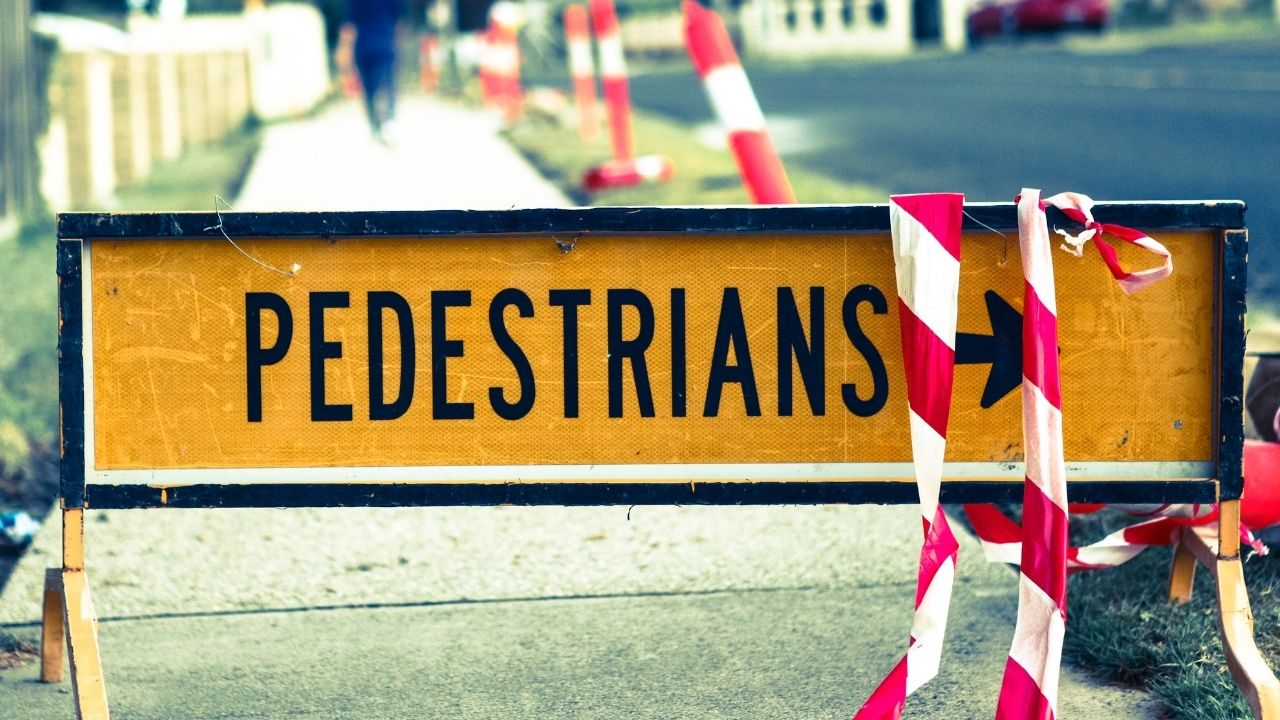 Being a pedestrian in Nevada can be a risky prospect. The National Highway Traffic Safety Administration (NHTSA) reports that Nevada had the eighth-highest pedestrian fatality rate in the nation for 2018 (the last year for which data is available). That year, 79 pedestrians were killed—an increase of nearly double over the last five years.

All but five of these pedestrian fatalities were in Clark and Washoe counties, many of them occurring along the casino- and entertainment-studded strips in Las Vegas and Reno.

Many pedestrian accidents are caused by inattention or carelessness on the part of both drivers and pedestrians; pedestrians may not realize they’re not walking in a crosswalk, while drivers may be texting, speeding, or engaging in other risky behaviors that make it harder to react to a pedestrian in the road.

Below, we’ll explain more about Nevada’s right-of-way laws and other regulations governing pedestrian traffic, as well as what you should do if you witness an accident involving a pedestrian.

What is a Pedestrian?

Under Nevada law, a pedestrian is defined as any person who is walking along a road or in a developed area. Although bike and scooter riders generally travel more slowly than the speed of traffic, for purposes of Nevada’s pedestrian right-of-way laws, they’re still considered vehicle drivers.

While a driver who strikes a pedestrian crossing the street legally—that is, in a marked crosswalk and adhering to traffic signals—is likely to be held liable for the pedestrian’s injuries, cases involving pedestrians who don’t have the right of way can be much more complicated.

If you’re involved in an accident involving a pedestrian, whether you’re the driver or the pedestrian, it’s important to contact an experienced personal injury attorney as quickly as possible.

Nevada Statute 484B.287 provides pedestrians with the right-of-way in crosswalks and intersections. But this right-of-way isn’t unlimited, and pedestrians remain subject to restrictions on how and when they can enter the roadway. Jaywalking (or walking outside the crosswalk in an area where a crosswalk is provided) remains illegal, and pedestrians can be cited or fined if they’re caught jaywalking. Pedestrians also yield the right of way to drivers if they are crossing a highway “at any point other than within a marked crosswalk or within an unmarked crosswalk at an intersection.”

What’s more, regardless of whether a pedestrian has the right-of-way in any particular situation, a pedestrian that collides with a vehicle is likely to be severely injured or killed. Even if you have the right of way, you must be aware of your surroundings and prepared to yield to traffic if a driver fails to yield (or simply doesn’t see you).

Las Vegas has its own restrictions on pedestrian traffic in its Municipal Code, Chapter 11.30.

Although these laws are designed to protect pedestrians and reduce pedestrian-driver collisions, they’re not foolproof. Even if you have the right-of-way, pay attention to your surroundings and don’t assume that drivers are going to stop.

And for drivers, particularly those driving at night, it’s important to drive with caution in areas that attract pedestrians, as it can only take a split-second for a pedestrian to appear in front of your vehicle.

There are a few crucial steps that Nevada drivers and pedestrians can take to ensure the safety of themselves and those around them.

If you’re involved in a pedestrian accident (even as a witness), there are a few important steps to take. The adrenaline and shock that can accompany one of these accidents can make it tough to think on the fly; the more you can familiarize yourself with these steps, the more equipped you’ll be to respond appropriately.

Get yourself (and others) to safety and seek medical attention.

If at all possible, move the vehicle to the side of the road so that it’s not blocking traffic (and increasing the risk that others may collide with it). However, it’s important not to try to move someone who has been injured or is unconscious; if the pedestrian has any spinal cord injuries, even something as simple as moving them out of the road could cause permanent damage. Call 911 immediately and, unless you have specific medical training, wait for EMS to arrive before you attempt to render any first aid.

If you’re the one who was injured in the accident and you’re conscious, it’s still important to be checked out by a doctor before returning to your regular activities. Many injuries, especially traumatic brain injuries (TBI) can take some time to develop; you may feel and seem fine the day of the accident but begin to develop symptoms later.

Often, calling 911 to report a pedestrian accident will also bring the police; but if not, it’s important to make this call so that police can survey the scene and create a police report. Be sure to provide your own statement to the responding officer as part of this report, as this will make sure the final product gives your side of the story.

The initial police report is often the most important piece of evidence in the early stages of an accident investigation. Because police and city officials will do all they can to make the area safe for others—sweeping up broken glass or twisted metal, hosing away blood, or taking other steps to restore the road to its pre-accident condition—waiting even a day or two can mean that valuable evidence is lost.

If you’re able to gather any evidence after the accident, it’s a good idea to do so. This can include cell phone photos of the scene, photos of any injuries you sustained, and witness names, telephone numbers, and other contact information. The more quickly you can get this information after the accident, the better—memories can fade and physical damage can be repaired, so it’s important to preserve this evidence as close in time to the accident as you can.

News of the accident will likely begin to circulate on social media, either through the police department’s Facebook page or other local gossip pages. But no matter how tempting it may be to respond to negative comments—either to correct incorrect information or defend yourself against unfair attacks—doing so is always a bad idea.

Any comments you make are likely to be held against you later; and what’s more, they’re unlikely to change the minds of anyone who is expressing an opinion on the situation without having all the facts.

You may also want to extend this advice to well-meaning friends or family members who are inclined to comment on the accident publicly. Even if you don’t make any objectionable comments yourself, they could later come back to harm your legal case.

After an accident, things can happen quickly. If you’re the injured pedestrian, you may be offered a settlement—and it can be tempting to accept it, especially if you’re facing medical bills or are out of work as a result of the accident. But it’s crucial to seek legal advice first; otherwise, you may not know how much your claim is really worth.

An initial settlement is designed to short-circuit any legal claims the person being offered the settlement might have. Insurance companies prefer to avoid litigation, and settlements offer a way for them to do that—but it also means that the person accepting the settlement may be leaving money on the table. An experienced attorney can assess the situation, determine the value of your claim, and help you recover the funds to which you’re entitled.

And if you’re on the other side of the situation, as the defendant, an attorney can ensure that you aren’t being short-circuited by your own insurance company.

Even if you weren’t at fault, your insurance company might want to pay out a small settlement simply to avoid litigation; but this can increase your insurance rates or even result in the cancellation of your policy.

An attorney will go through the facts with you to help you decide whether to leave the claim in the hands of your insurance company or fight back.