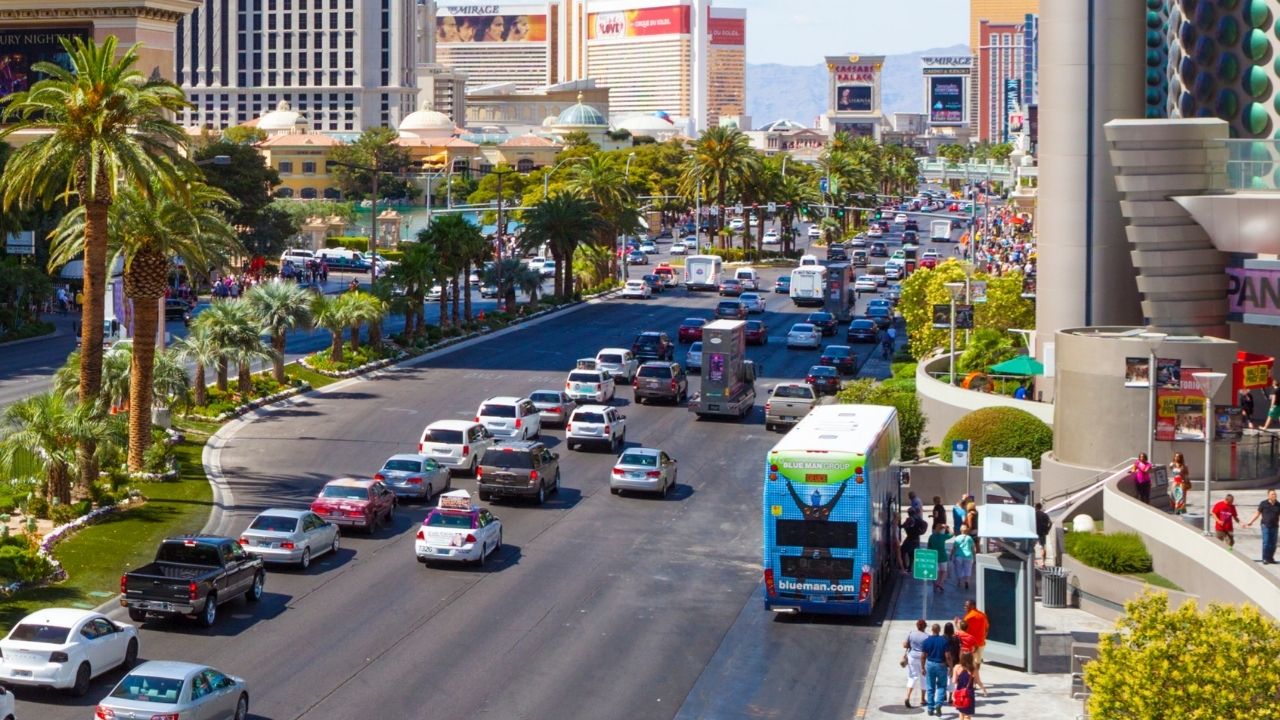 In a tragedy that has made news around the globe, habitual traffic violator Gary Dean Robinson killed himself, his passenger, and a family of 7—including four children age 15 and under, their two adult stepbrothers, and their uncle—when he blew through a North Las Vegas red light at more than 100 miles per hour. This six-car crash marked the deadliest collision in Nevada in over 30 years.

Erlinda Zacarias lost her four children, her brother, and her stepsons on January 31, as the family was headed to lunch in their minivan. Robinson was driving northbound on Commerce Avenue, approaching Cheyenne Street, when he collided with the Zacarias van and five other vehicles with enough force to push them into a vacant lot.

Some are criticizing Nevada’s relatively lax traffic laws and COVID-created court backlogs as bearing some responsibility for this accident. Robinson pleaded guilty to five speeding charges in the 15 months preceding the accident, including one ticket where he was clocked at 85 miles per hour in a 45 zone yet received the equivalent of a parking ticket and $115 fine. Robinson was actually due in court on speeding charges just two days after he killed eight people.

Clark County Sheriff Joe Lombardo attributed the increase in Nevada traffic fatalities to “people not being held responsible for their actions” by police and traffic courts, noting that speed and impairment are the biggest contributing factors to serious or fatal accidents.

Sadly, this mass casualty wasn’t the only fatal accident in Las Vegas in February 2022. Below we discuss some of the worst accidents the city has seen this month, including several pedestrian deaths and the tragic death of a homeless person who was struck by a drunk driver while sleeping in a business parking lot.

On Sunday, February 6, Las Vegas had its 17th traffic-related fatality of the year after 64-year-old Phyllis Diane Haynes was struck by a 2018 Nissan Altima. The accident took place just after 4:00 a.m., at Las Vegas Boulevard just north of Pabco Road; police reported that the 73-year-old Altima driver, who showed no signs of impairment, struck Haynes as she was walking in the same direction on the edge of the roadway. Haynes’s death was ruled an accident, though the crash remains under investigation.

Just after 11:00 a.m. on February 7, a vehicle struck another 64-year-old pedestrian who had stepped into the intersection of Tropicana Avenue and Rainbow Boulevard. The pedestrian was transported to University Medical Center, where he was pronounced dead. Police have indicated that neither speed nor impairment are believed to be factors in the crash.

Just after 6:00 a.m. on Wednesday, February 2, 38-year-old Paul John Ortega was killed when his Ford sedan hit a concrete median in the 3600 block of Boulder Highway and was spun across three lanes of traffic into a wall. Ortega’s vehicle rolled over in the crash, and he was pronounced dead at the scene, with his passenger transported to the hospital with serious injuries. Police have indicated that speed may have been a factor in the collision, as Ortega was observed to be traveling at a high rate of speed just before the crash occurred.

On Wednesday, February 2, a Las Vegas woman was struck by a hit-and-run driver—a man driving a green truck. The victim, Pamela, was driving near Stewart Avenue and Bruce Street on the way to pick up her daughter from school. After hearing the truck peel out, Pamela saw the truck driver lose control while turning a corner at a high rate of speed; he then drove straight at her and collided with her vehicle. Fortunately, Pamela was okay—and she also managed to catch the driver on dashcam video, which is likely to help lead to this person’s apprehension and arrest.

Anyone with information on this crash should contact Metro’s Collision Investigation Section at (702) 828-3786. Those who would prefer to remain anonymous can contact CrimeStoppers at (702) 385-5555 or submit information online at crimestoppersofNV.com. Those whose tips ultimately lead police to a felony arrest or indictment may be eligible for a cash reward.

Twenty-three-year-old Jeffrey Gonzales was killed in a drunk driving crash at Windmill and Torrey Pines. Clark County School District police indicated they tried to stop a minivan driver on suspicion of possible drug activity—instead of complying with the officers, the driver fled instead, running a red light and killing the recent Sierra Vista graduate and star high school baseball player. The teen driver showed signs of impairment at the scene and has been charged, as a juvenile, with DUI resulting in death and reckless driving resulting in death. Although the teen defendant’s identity hasn’t been released due to his juvenile status, he is likely to face some significant penalties for his alleged criminal acts.

On Thursday, February 3, a pedestrian was killed when two vehicles collided at an intersection and spun onto the sidewalk, striking both her and a power-line support. This accident occurred at around 5:00 p.m.; a 2012 Hyundai Tucson was turning left while heading westbound on Charleston Boulevard collided with a 2002 Honda Civic that was approaching the intersection while driving eastbound. The pedestrian was taken to the UMC Trauma Center, where she later passed away from her injuries. The Civic driver was also taken to the hospital with moderate injuries. Neither driver showed signs of impairment at the crash, and an investigation continues.

On Friday, February 4, 32-year-old motorcyclist Audreas Clark was killed in a Spring Valley crash, at the intersection of Rainbow Boulevard and Spring Mountain Road. The crash occurred at around 8:25 p.m.; a 2001 Volkswagen Passat was trying to turn left onto private property when the Suzuki motorcycle crossed its path. After the motorcycle and car collided, the Passat driver headed to a private parking lot, where he fled on foot. Clark was transported to UMC, where he later passed away.

Police located the Passat driver and arrested him; he was later charged with hit-and-run and DUI resulting in death. Clark’s death marked the 15th traffic-related fatality in Las Vegas in 2022.

On Sunday, February 20, just after 6:30 p.m., a two-vehicle collision sent two people to Sunrise Hospital with life-threatening injuries. The accident occurred when a 25-year-old driver of a 2015 Dodge Dart attempted to turn left from Sahara onto Maroney; while doing so, the driver collided with a speeding 2013 Scion that was headed westbound. The Dart driver and their 39-year-old passenger were transported to the hospital in critical condition.

The Scion driver, 30-year-old Cassandra Leal, was taken to the hospital with moderate injuries; upon her release, she was arrested for reckless driving and felony DUI causing substantial bodily harm. Police have alleged that Leal showed signs of intoxication at the scene.

Starting at around 11:30 a.m. on Monday, February 21, the southbound lanes of U.S. 95 near mile marker 50 were closed for hours after a sudden brown-out dust storm reduced visibility and ultimately led to an 11-vehicle crash.

This pileup sent nine people to the hospital, all with non-life-threatening injuries. Boulder City Police assisted the Nevada State Police in this major crash. With the interstate closed for hours, traffic was diverted to Nipton Road and through Kingman, Arizona until the roadway was cleared and visibility improved.

Las Vegas’s 21st traffic fatality of 2022 occurred at around 1:44 a.m. on Thursday, February 24. Twenty-seven-year-old Pearl Angob was driving south on Eastern when she lost control of her Toyota Corolla and struck the curb. This caused Angob to drive onto a business property, where she ultimately collided with a homeless person. The victim was pronounced dead at the scene due to blunt force trauma, and he has yet to be publicly identified.

After being transported to University Medical Center and treated for minor injuries, Angob was charged with felony DUI resulting in death and booked into the Clark County Detention Center. The accident closed southbound Eastern Avenue until 7:00 a.m.