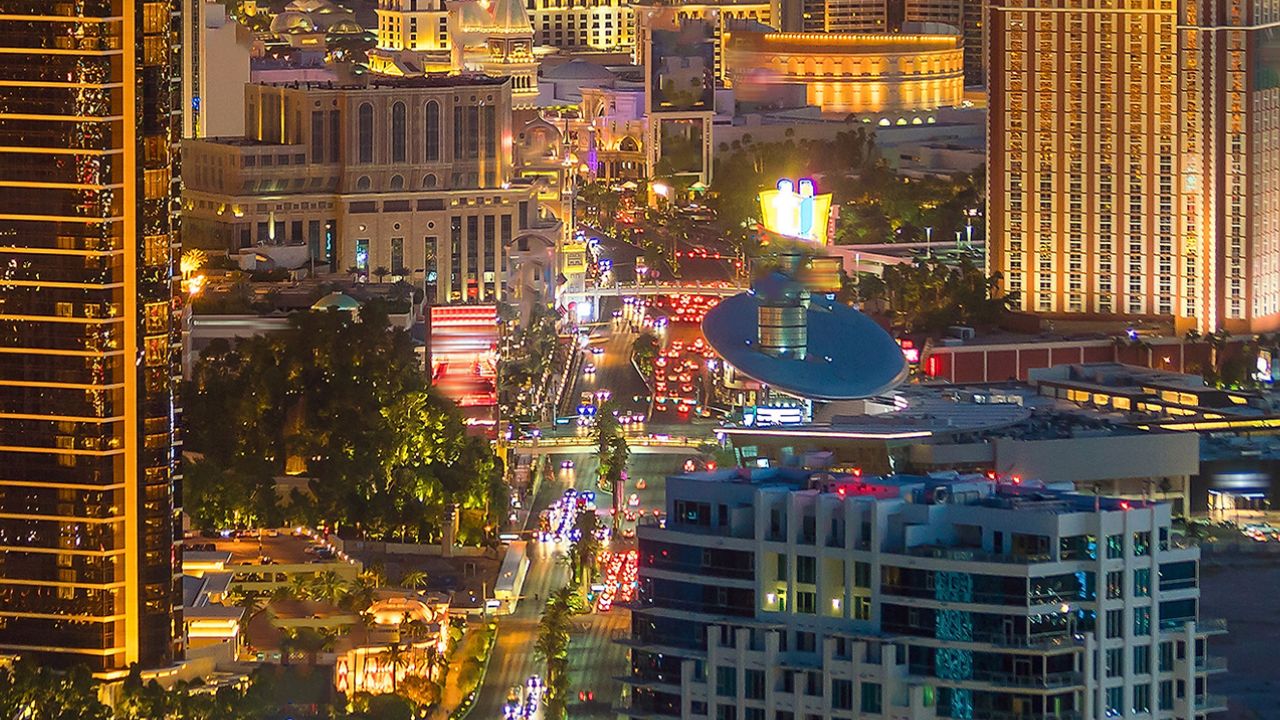 In August, Las Vegas reached a dubious benchmark, marking its 90th crash-related fatality for 2022. These August 2022 crashes have a few key things in common: impairment, excess speed, aggressive or unpredictable behavior, and collisions with pedestrians. On one fateful day in early August, police responded to four separate serious pedestrian crashes within a few hours.

Just one of the risk factors detailed above can put drivers at risk, and combining two or more—such as impairment and excess speed—can be a recipe for disaster. Below we discuss some of the most serious and notable crashes in the Las Vegas metropolitan area in August 2022.

On Saturday, July 30, a single-vehicle crash left one man dead. This accident occurred at around 10:08 p.m., when the driver of a Ford Expedition apparently lost control of the vehicle while traveling north on Martin Luther King Boulevard, near Brooks Avenue.

The Expedition crossed the center median and traveled across the south-bound lanes of MLK Boulevard, where it struck a tree on the far west side. Emergency medical crews pronounced the driver dead at the scene. The North Las Vegas Police Department’s Fatal Investigation Team has yet to determine whether alcohol impairment or excessive speed were factors in the crash.

With its many tourist attractions, Las Vegas has throngs of pedestrians—and unfortunately, on the morning of Thursday, August 9, four of these pedestrians were severely injured or killed in four separate crashes.

The first crash occurred just after 4:00 a.m., near South Rainbow Boulevard and Palmyra Avenue. The driver of a 2013 Ford F-150 struck a pedestrian crossing South Rainbow Boulevard, projecting the victim onto the roadway in front of it. Emergency medical crews pronounced the pedestrian dead at the scene. The Ford driver remained at the scene, and police did not suspect impairment.

The next crash took place just 30 minutes later, at 4:33 a.m. near West Flamingo Road and Arville Street. There, a Ford F-350 struck a pedestrian and fled the scene. The 31-year-old pedestrian was also pronounced dead at the scene, while the 53-year-old F-350 driver—James Frasco—was arrested and charged with hit and run.

The third crash occurred at 8:19 a.m., when a vehicle struck a pedestrian near J Street and Washington Avenue. Though the driver fled the scene, he was located just a short time later and arrested. Police suspect impairment played a factor in the crash, and the driver likely will be facing additional criminal charges. The pedestrian was taken to University Medical Center’s trauma unit in critical condition.

Just five minutes later, at 8:24 a.m., Las Vegas Metropolitan Police responded to the fourth pedestrian crash of the morning, near Washington Avenue and Mt. Hood Street. There, the driver remained on scene, though no information about the victim was immediately available.

The popular TV show Street Outlaws suffered a devastating loss when driver Ryan Fellows was killed during filming. For several weeks in late July and early August, this show was filmed around Las Vegas Boulevard and Highway 93 near Apex. Other drivers reported that after completing seven out of nine races that evening, Ryan Fellows lost control of his Nissan 240z, rolled, and caught fire.

OSHA is investigating the incident since it occurred on a filmed job site, but no information about the investigation has been made publicly available. Fellows left behind his wife, an 18-year-old son, and a 10-year-old daughter.

One Killed in Crash Outside Resorts World

In the early morning hours of Thursday, August 11, the driver of a vehicle attempting to turn right into Resorts World was killed after being broadsided by a 2016 BMW X6. Witnesses reported that at around 1:35 a.m., a 2019 Nissan Versa was stopped in the left turn lane on Las Vegas Boulevard when it abruptly turned right instead—directly into the path of the BMW, which was traveling at a high rate of speed.

The driver of the Nissan, 50-year-old Bisheba Gaines, was pronounced dead at the scene, while both the driver and passenger of the BMW were transported to University Medical Center’s trauma unit. The BMW driver, 38-year-old Jamara Williams, was arrested for DUI and booked into the Clark County Detention Center.

A violent vehicle chase left 5-year-old Belgian Malinois K9 officer Boris suffering from serious injuries. This chase, which occurred on August 11, ended with a bang when a fleeing assailant struck a police vehicle head-on. Both Boris and his K9 handler were treated, and Boris quickly made a full recovery.

At around 8:45 p.m. on August 17, a Chevrolet traveling northbound on Bermuda struck a pedestrian and sent him to the hospital. The Chevrolet driver stopped at the scene, and police reported that there is no evidence of impairment. This crash adds to the steep (and rising) number of pedestrian crashes in Las Vegas.

A 38-year-old woman is suspected of driving while impaired in an early-morning crash that killed her and seriously injured her four-year-old son. At around 2:05 a.m. on August 24, a 2001 Cadillac Deville was traveling south on Pecos when it veered off the road and struck a traffic pole on the southwest corner of Charleston and Pecos.

Both the driver and the child were transported to University Medical Center, where the driver, Las Vegas resident Crystal Clamenza, sadly passed away. The 4-year-old child sustained serious injuries and was admitted to UMC. Clamenza’s death marks the 94th traffic-related fatality in Las Vegas during 2022. Police continue to investigate the crash.

At around 11:35 a.m. on Thursday, August 25, two drivers were seriously injured in a two-vehicle crash near Centennial Hills Park. This crash occurred when the 21-year-old driver of a Hyundai Sonata, who was headed east on Elkhorn, struck the left side of a Volkswagen Jetta that was attempting to turn onto Elkhorn. The 22-year-old Jetta driver was taken to University Medical Center with life-threatening injuries, while the Sonata driver was also taken to the hospital with serious injuries.

Just before 10:00 p.m. on August 10, a female bicyclist sustained life-threatening injuries after being struck by a car at the intersection of Nellis and Charleston. The cyclist was approaching Charleston from Nellis when she was struck head-on. She was transported to University Medical Center with critical injuries.

At around 6:31 on a Sunday morning, the North Las Vegas Police Department responded to a single-vehicle collision near Edna Crane and Camino Al Norte. The vehicle struck the “Las Palmares” neighborhood sign before the 24-year-old female driver fled the scene with her two young children, both of whom were inside the vehicle at the time of the crash. Both children were transported to University Medical Center in critical but stable condition, while the driver faces 11 criminal charges.

The family of three-year-old Yohan Goc-Ong is in mourning after the child was fatally struck by a van. Just after 5:00 p.m. on a Thursday, a Toyota Highlander parked along a curb at Roxella Lane, near Bonanza and Lamb, where it dropped off some passengers. As the driver began to pull away from the curb, the toddler ran toward the vehicle, was hit, and fell beneath its tires, where he was run over. He was taken to Sunrise Hospital and later pronounced dead.

At around 1:55 a.m. on August 29, the Las Vegas Metropolitan Police Department responded to a report of a motorcycle crash near Bonanza and Pecos. An investigation revealed that a 2008 Suzuki GSX-R rear-ended a 2014 Audi Q5 at a high rate of speed while both were traveling west on Bonanza. The motorcyclist was taken to University Medical Center’s trauma unit with life-threatening injuries.

A second crash on August 29 sadly ended with a motorcyclist’s death. At around 7:00 p.m., Las Vegas Metropolitan Police responded to the intersection of Centennial Parkway and Fifth Street, where a Nissan Altima had failed to yield to a motorcycle. The motorcyclist was transported to University Medical Center, where he succumbed to his injuries; the driver of the Altima stayed at the scene and cooperated with investigators.