What Factors Determine Liability in a Commercial Truck Crash? 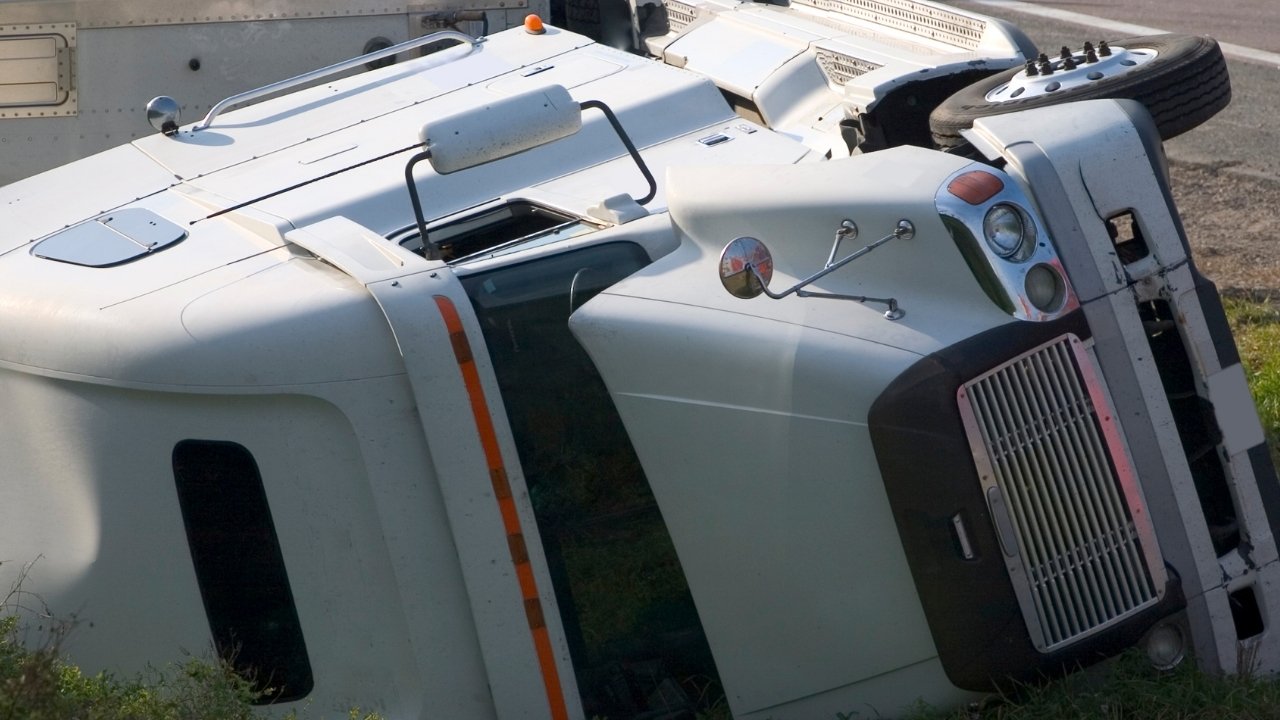 Efficient and effective freight transportation is critical to the health of the U.S. economy. Unfortunately, due to their size, weight, and prevalence, commercial trucks also have an oversized impact on the number of serious or fatal car accidents that occur throughout the U.S. each year. It’s estimated that by 2030, commercial truck accidents will be the fifth most common cause of death.

Accidents that involve commercial vehicles are often far more complicated than accidents between two passenger vehicles. Along with the inherent severity of these accidents, assessing liability can be tough—the driver, their employer, the truck owner, or even the state highway department could be at fault for the accident.

Below, we discuss a few of the factors that lead to commercial truck accidents, as well as the parties that can be deemed liable.

A staggering 74 percent of fatal passenger vehicle accidents involve a large truck. Though each accident is different, there are a few common factors that are present in most accidents.

Inexperience or Lack of Training

Commercial trucks take about twice as long to stop as passenger vehicles—nearly two football fields when traveling at 65 miles per hour. This means that a poorly trained or inexperienced driver may not be able to control the truck enough to avoid an accident.

To get a commercial driver’s license (CDL), drivers must undergo hours of training and take a licensing exam. However, many of these training and licensing rules were temporarily relaxed during the pandemic due to supply-chain issues, potentially compromising motorist safety.

The DOT and FMCSA have also recently relaxed certain hours-of-service (HOS) regulations that govern how long a truck driver can spend on the road within a 24-hour period. Currently, drivers are limited to an 11-hour shift after at least 10 consecutive hours off duty, along with at least a 30-minute break once every eight hours. Drivers must also stop driving at the 14th consecutive hour after coming on duty, even if they’ve taken plenty of breaks and haven’t exceeded the 11-hour limit.

But even with these limits in place, commercial truck drivers can become fatigued after a long shift, potentially putting other drivers at risk. Driving while tired can be just as dangerous as driving while distracted or impaired.

Unfamiliarity With the Road

Commercial truck drivers on long-haul routes may regularly travel on roads they’re not familiar with. And with road construction, detours, and other potential snags in a route, drivers may wind up on streets or roads that simply aren’t safe for them to drive. If a commercial truck driver is traveling an unfamiliar road and not fully paying attention, others could be put at risk.

Many commercial truck accidents can be attributed to two mechanical factors: brakes and tires. When a truck tire develops a leak, especially a retreaded tire, it could explode or send large sections of rubber flying across the highway. Cars that strike these tire pieces could sustain major damage, even if they never actually collide with the truck. A heavy commercial truck with faulty brakes also poses a huge risk to others.

Although the DOT and FMCSA have strict rules against the use of illicit substances or alcohol while driving commercial vehicles, many truck accidents can still be traced back to driver impairment. Random DOT-mandated drug and alcohol testing isn’t enough to catch all drivers who get behind the wheel while intoxicated.

Hands-free cellphone laws for passenger vehicles can vary from state to state, but commercial truck drivers are federally regulated, which means a flat ban on any cell phone use while driving. Despite this, commercial truck drivers are sometimes guilty of texting or internet surfing while driving. Other distractions—from eating to having pets in the vehicle—can also contribute to distracted driving.

Commercial trucks travel throughout all parts of the U.S., at all times of the year, which means they often run into snow, sleet, ice, dust storms, and other inclement weather conditions. Poor weather can impact everything from visibility to stopping ability, and combining inclement weather with driver inexperience, distraction, or impairment can be a recipe for disaster.

From poorly-stacked pallets to overloaded box trucks, improperly loaded cargo can put commercial trucks at risk of tipping over or losing cargo on the roadway. A truck with an unevenly distributed load can also feel much different to drive, and even an experienced driver may risk losing control.

About four percent of all commercial truck accidents involve hazardous materials—and if these materials are spilled in the crash, first responders and even members of the public can be placed at risk.

Who May Be Liable For a Commercial Truck Accident?

In most cases, a commercial truck accident will require a detailed investigation to determine what occurred and who was at fault. More than one party may be responsible for the collision.

If the driver’s actions were reckless, or if they violated FMCSA or DOT regulations, they may be at fault. Drivers are also generally responsible for ensuring the security of their own cargo, so a cargo-related accident may also be traced back to the driver. While it’s common for commercial truck drivers to be the sole party responsible for a crash, it’s also rare that another third party—like the trucking company or vehicle manufacturer—will be held liable for a crash unless the driver also shares in some of the fault.

Trucking companies are responsible for their vehicles and the drivers they employ. Their responsibility extends from hiring and training procedures to ensuring compliance with FMCSA and DOT regulations. If you can show that a trucking company didn’t adequately train or supervise its drivers, failed to discipline drivers for violating federal regulations, or encouraged drivers to break the law, the trucking company may be held responsible.

Not all commercial truck drivers are employed by a parent company—some are owner-operators, who generally work as independent contractors. As independent contractors, they are responsible for ensuring their truck is adequately maintained and in road-safe condition, and in these situations, any accidents that result from truck maintenance issues can be traced back to the owner.

Meanwhile, for truck drivers who aren’t owner-operators, the truck owner and the trucking company or employer may be one and the same.

If a trucking company or other employer outsources certain hiring, supervision, and administration tasks—for example, hiring a third-party company to conduct background checks or maintain DOT files—this company may be responsible if it turns out the driver shouldn’t have been on the road.

If an accident was caused by improperly loaded cargo, and the truck driver wasn’t the one solely responsible for loading and securing the cargo, the person who was responsible—or their employer—may be at fault.

To the extent an accident results from poor road conditions, inadequate roadway markings or height warnings, or defects in the road itself, the state or local government in charge of that section of roadway may be responsible. (In some cases, this liability may be even further outsourced to the government contractor who built or repaired the road.)

Claims against state and local governments proceed differently from most personal injury cases, and you’ll need to quickly file a “notice of tort claim” to preserve your rights.

If you or a loved one has been injured in a commercial truck accident, it’s important to take action to preserve your rights. Insurance companies are only interested in settling the claim as quickly and cheaply as they can, and may even argue that you’re at fault for the accident.

By seeking the guidance of an experienced commercial truck accident attorney, you can ensure that your claim is fully investigated and the right parties are held responsible for your damages.

At Hale injury Law, we can help you with your commercial truck injury accident, contact us here.