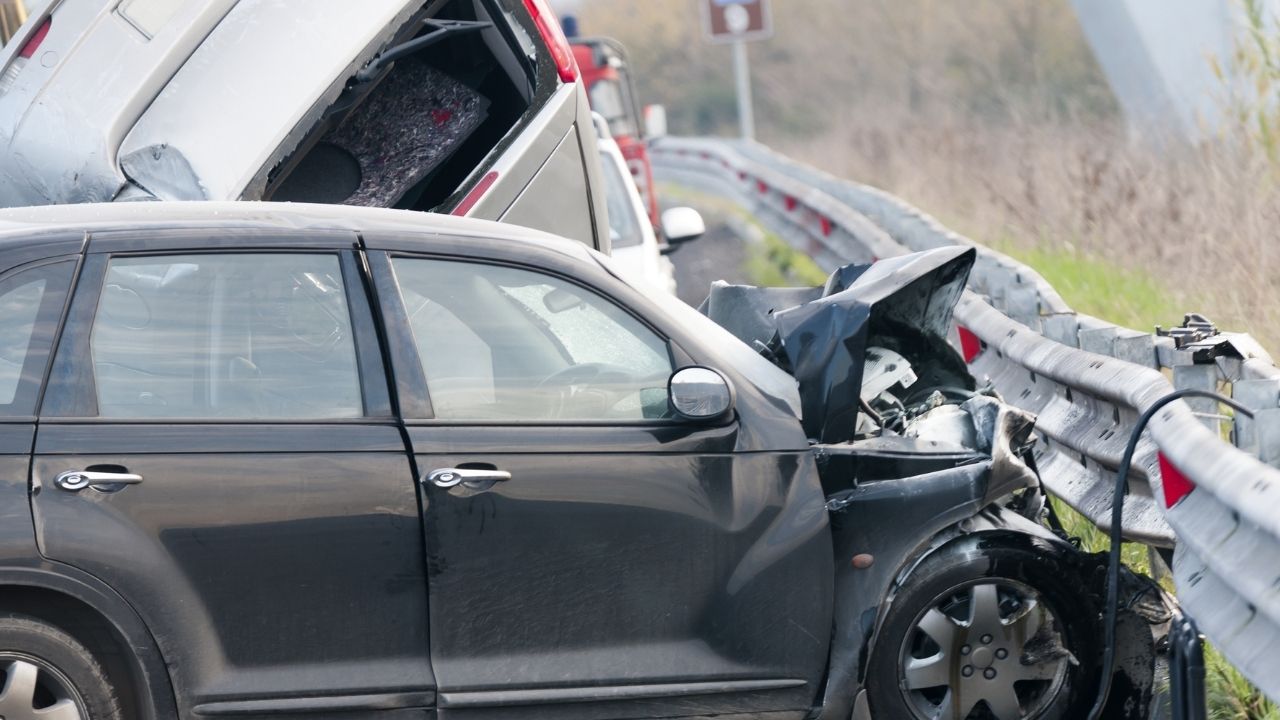 Statistics show that the average U.S. driver will be involved in three to four car accidents during their driving life. If you’re lucky, these accidents will all be minor fender benders that don’t seriously damage your vehicle or cause any injuries.

But unfortunately, each year more than 38,000 people are killed in crashes on U.S. roads, while another 4.4 million people are injured severely enough to require medical care. Most accidents can be boiled down to a few main categories. Below, we’ll look at the five most common auto accident scenarios and how fault is usually determined in each one.

Whenever the front of one vehicle collides with the rear of the one ahead of it, it’s a rear-end collision. These collisions can involve more than two vehicles—in some chain-reaction crashes, any vehicles in the middle will be both the collider and the collide-ee.

So who’s at fault in a rear-end collision? It depends.

Rear-end collisions are one of the simplest accident types when it comes to determining fault, but it’s still important to make a police report whenever possible. Having a report from the scene of the crash can provide the present-sense impressions that a judge or jury will need to assess liability.

As the name implies, a sideswipe collision involves two or more vehicles hitting each other in the side while traveling in the same (more common) or opposite (less common) direction. A sideswipe can occur when one vehicle changes lanes without looking or signaling, a vehicle crosses the center line and swipes the side of the oncoming vehicle, or a vehicle makes a too-wide turn in an intersection with multiple turn lanes. Assessing fault in a sideswipe collision can be a bit more complex, and may rely on witness testimony. Some factors the judge or jury will consider include:

Depending on each party’s degree of negligence, the jury may assign some fault to the defendant and the plaintiff. Under Nevada’s contributory negligence laws, a plaintiff can recover damages from a defendant (or defendants) as long as the plaintiff’s proportion of fault is under 50 percent. The remaining damages will be apportioned to the other parties consistent with their degree of fault.

Colliding with an Object

Some serious crashes don’t involve another driver at all. If you collide with an object or obstruction—whether a piece of debris in the road or a decorative landscaping boulder—you may not be at fault if you can show that the object posed a hazard and should have been removed from the roadway or set further back.

The liable parties in an object-collision crash can be varied. Depending on the circumstances of the crash, you may have a valid claim against the state or local highway department, the owner of the property adjacent to the crash area, or (for objects that have fallen from or off vehicles), another driver or their employer. It can take some time to dig into the facts of this type of crash to assess who may be responsible.

Some common scenarios include:

T-Bone or Side Collision

Second only to head-on collisions when it comes to the potential for major injury, t-bone collisions can be extremely dangerous. Even with side airbags and a sturdy frame, the side is generally the weakest part of a vehicle. And in many t-bone collisions involving high speed, the force of the impact can push the vehicle into another vehicle, a telephone pole, or a tree, causing even more damage.

A t-bone collision is caused by one vehicle failing to yield the right-of-way to another vehicle. These often occur at intersections, where one driver runs through a stop sign or stoplight while another driver is already mid-intersection. Fault is usually assigned to the driver who refused to give the right-of-way. However, if the other driver was intoxicated or distracted, they could be considered contributorily negligent if the jury finds that they could have avoided the crash if they’d been paying attention.

Contact a Nevada Auto Accident Attorney to Preserve Your Rights

Every auto accident is different. And except for the rare circumstances that one driver is completely and obviously negligent and immediately admits fault, it’s not always clear who is at fault for a crash. In many situations, police or insurance companies may need to conduct an accident reconstruction, looking at skid marks, road debris, and the collision spots on each vehicle to figure out what happened, then corroborating their theories with witness statements, photos, and videos.

Some of the factors that often contribute to car crashes include:

If you’re injured in an auto accident or have suffered property damage, it’s important to contact a car accident attorney as soon as possible. Under Nevada’s statutes of limitations, injured drivers or pedestrians have only two years in which to file a lawsuit against the responsible party or parties. Drivers who are claiming only property damage have three years to file a civil lawsuit. Missing these deadlines could leave you unable to recover any damages, even if fault is clear.

An attorney can research your claim, determine who may be at fault, and gather evidence supporting your claim for damages—medical bills, lost wages, repair quotes, and even police dash-cam videos and witness statements. Don’t go into this important process alone. Give our experienced Nevada auto accident attorneys a call today to learn more about your options.