Protect Your Rights After a Commercial Truck Accident 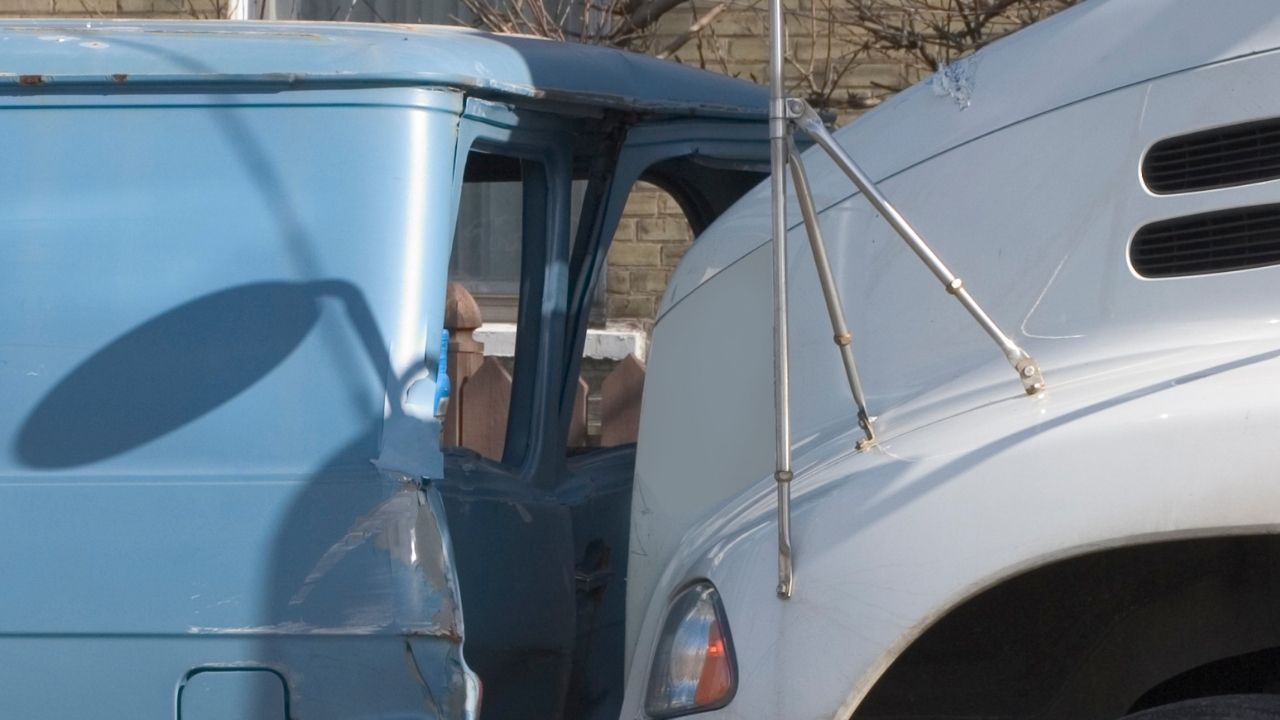 Commercial trucks and semi-trailers often total tens of thousands of pounds—and when these steel beasts collide with another vehicle, a motorcycle, or a pedestrian, they can cause an incredible amount of physical injury and property damage. In 2018 alone, there were nearly 500,000 crashes in the U.S. that involved a large truck—and nearly 5,000 of these accidents tragically ended in at least one death.

Although every accident is different, there are a few common causes of commercial truck accidents.

Many states, including Nevada, have enacted distracted driving laws. Drivers can be cited for texting, accessing the internet, or talking on their cell phone while driving unless they’re using an entirely hands-free device. And federal motor carrier regulations also strictly prohibit truck drivers from texting or using a cell phone while driving.

Unfortunately, distraction can take many forms, and these anti-texting laws aren’t always obeyed. Taking your eyes off the road for even a second—whether to change a radio station or grab a french fry—could lead you down a dangerous path. And a commercial truck is much harder to stop and steer than a passenger vehicle, so it can be tough for drivers to avoid an accident if they react too late.

Although federal motor carrier regulations are intended to reduce the number of overtired commercial drivers on the roads, they aren’t always successful. Drivers can become drowsy while trying to press on to their destination; passenger vehicles may not have a chance of a truck swerving into another lane or crossing the median.

Alcohol and other intoxicants are responsible for a significant number of crashes each year. And because truck driving for years at a stretch can be tough on the body, some drivers may also be prescribed pain medication that slows reaction times and makes them more vulnerable to an accident.

An 80,000-pound vehicle traveling at 65 miles per hour can take 525 feet to come to a complete stop—almost twice the distance it takes a typical passenger vehicle to stop. A semi trailer that is speeding and comes upon slowed or stopped traffic may not be able to stop before crashing into them.

Although commercial truck drivers are required to get a special driver’s license (the CDL) before operating a tractor-trailer on the road, this license doesn’t guarantee how a driver will perform in actual traffic conditions. Inexperienced drivers may be more at risk of having an accident, and combining this inexperience with other risk factors—especially inattention—can be deadly.

What Injuries are Most Common in Commercial Truck Accidents?

Just as commercial truck accidents have some common causes, they can also lead to some common and serious injuries. These include:

Some of the most common injuries that are sustained in a commercial truck accident may not be immediately apparent. Soft tissue injuries and traumatic brain injuries may leave the victim feeling and acting fine at the scene, only to be suffering from debilitating pain or neurological issues a few days or weeks later. It’s always important to seek medical treatment after an accident, even if you feel okay.

Who Can You Sue After a Commercial Truck Accident?

Some other entities you may be able to recover damages from after a commercial truck accident include:

Your attorney will need to thoroughly investigate the accident and determine a cause before deciding who to sue. In situations involving mechanical failure, like a brake failure, you may be able to hold the servicer or manufacturer responsible for this defect. In situations where the driver’s employer knew or should have known that the driver was in no shape to be behind the wheel, it may be held vicariously liable for the driver’s actions.

Fortunately, Nevada’s rules of procedure generally allow plaintiffs to amend their complaints if new information is discovered. This means that if you’ve already filed a claim against the driver within the statute of limitations (more on that below), you’ll likely be able to amend the complaint later to add the driver’s employer, insurance company, or even the vehicle manufacturer.

What Will You Need to Prove to Recover Damages?

To sue a commercial truck driver (or their employer) for damages after an accident, you’ll need to prove each of four elements:

The evidence you’ll need to prove these four elements can include dash-cam video, police reports, witness statements, expert crash analysis, medical records, and physician testimony. Gathering this evidence yourself can be overwhelming; an experienced personal injury attorney can be incredibly helpful at organizing and pursuing your legal claim.

Nevada has adopted a contributory negligence law as an affirmative defense against personal injury damages. A defendant may argue that your own actions were a contributing factor in your injuries and, therefore, they shouldn’t be held responsible for any resulting cost. If a jury determines that you were more than 50 percent responsible for the crash, you may not be able to recover any damages at all.

In cases where you bore some (but less than 50 percent) of the responsibility for the accident, you’ll be able to recover a portion of your total damages from the responsible party. If your damages are assessed at $500,000 and you were 25 percent responsible for the crash, you’ll be able to recover $375,000 (or 75 percent) of the remaining damages from the defendant.

Nevada’s contributory negligence law is different from the stricter comparative negligence laws used in other states; these laws can prevent a plaintiff from recovering any damages if they were as little as one percent responsible for the accident.

What Damages are Available?

If you’re able to prove your case against a defendant, you may be entitled to both economic and non-economic damages.

Economic damages compensate you for the financial losses you’ve suffered as a result of the accident. They can include damage to your vehicle and any possessions that were inside, your medical costs, lost wages, lost future earnings, and future medical treatment.

Economic damages are generally tax-free, as you already paid taxes on the funds you used to purchase your car or pay your medical bills. However, lost wages damages may be taxable, and it’s always a good idea to discuss your situation with a tax professional when filing your income tax return for that year.

In some cases where the responsible party’s behavior goes beyond mere negligence into recklessness, punitive damages might be available. These damages are intended to punish the defendant and discourage other truck drivers and their employers from engaging in similar misbehavior.

Why Do You Need a Truck Accident Attorney?

After a truck accident, your main priority should be on healing and seeking any follow-up medical treatment you need. Unfortunately, Nevada gives personal injury plaintiffs only two years from the date of an accident or injury to file a lawsuit. If you don’t sue the defendant within this period, your claim will be forever barred—as will any ability to negotiate an out-of-court settlement.

Because the laws and rules of procedure governing Nevada personal injury claims can be complicated, you don’t want to go it alone. A personal injury attorney can take care of gathering evidence, filing any necessary motions, and fighting for every penny you deserve. Insurance companies have a vested interest in settling claims for as cheaply as they can, and will try to pressure you into accepting their settlement offer; an attorney can shield you from these high-pressure tactics and allow you to focus on what matters most.