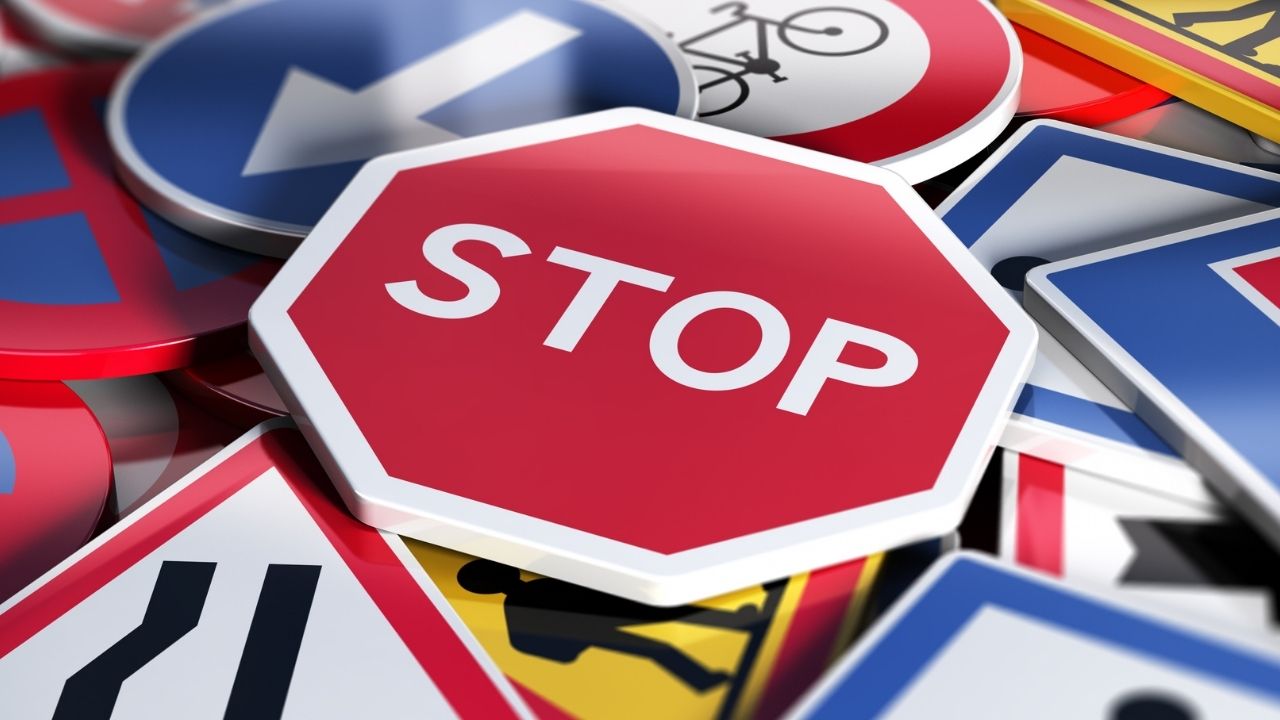 Traffic violations and car accidents can often go hand-in-hand. In 2020, more than 4,400 speeding tickets were handed out in Nevada to drivers traveling more than 100 miles per hour. Meanwhile, excess speed was cited as a factor in one of every three fatal traffic accidents. But speed isn’t the only traffic law that Nevada drivers frequently violate, nor is it the only one that is designed to protect driver safety.

Below we’ll discuss the top five traffic laws Las Vegas drivers tend to ignore, as well as the potential legal consequences for each violation.

Nevada is one of the top five states where drivers are most likely to get a speeding ticket. Violating the speed limit by less than 30 miles per hour is generally classified as a civil infraction. This means that a speeding ticket can result in fines and demerit points on your driver’s license.

If you get too many demerit points within a certain period, your driver’s license could be suspended or you could be required to go to driving school. It’s also likely that your auto insurance rates will increase significantly, as you’ll be considered a higher-risk driver than many others in your age bracket.

If you’re charged with speeding in a work zone, school zone, or pedestrian safety zone, any fines or penalties you’re assessed could double. Your insurance premiums will likely increase as well. And speeding by more than 30 miles an hour is a misdemeanor that can carry fines, demerit points, and potentially even jail time.

However, if you do find yourself cited for speeding, that’s not necessarily the end of the story. You may be able to have the ticket dismissed or reduced to a non-moving violation under a couple of circumstances.

Under Nevada Revised Statutes 484B.157, all passengers younger than age six and who weigh less than 60 pounds are required to be buckled into a car seat at all times a car is in motion. And all drivers and front seat passengers are required to wear a seat belt—as are any passengers who are six years old or older and who weigh 60 pounds or more, including those sitting in the back seat. Although there are a few exceptions to this seat belt law, they generally require proof that wearing a seatbelt is potentially harmful to your health.

To qualify as an appropriate child restraint, child safety seats must be approved by the U.S. Department of Transportation (DOT) and be fitted for the child’s height and weight. Transporting your child in a too-small or too-big car seat can also be considered a violation if the size difference is enough to put the child in danger if an accident takes place. And if your seat is involved in a car accident, even a minor fender-bender, its safety may be compromised; it’s important to get a new one.

If you’re cited for violating Nevada’s seatbelt or child restraint laws, there are only a few possible defenses available. They include:

What’s more, if your vehicle was searched as a result of a seat belt stop and you were subject to additional criminal charges based on what was found during the search, you may be able to have evidence in this criminal case excluded if you can show that the stop, and the subsequent search, violated your constitutional civil liberties.

For example, if the traffic stop was revealed to be a pretext because you were actually wearing your seat belt appropriately, you may be able to invalidate the reason for the stop; as a result, any evidence seized during the stop is no longer in play.

Like many states, Nevada has laws prohibiting drivers from texting or otherwise operating a cell phone while behind the wheel. The only exception is if the driver is using a hands-free device to text or dial a phone number.

For Nevada drivers who are cited for texting while driving, the penalty is a fine of up to $50 for the first offense; and a fine of up to $50 and demerit points for a second or subsequent offense. As with speeding tickets and other types of civil penalties, the driver may be able to pay a diversion fee or otherwise settle the ticket without having any increase in insurance premiums that results from driver’s license demerit points.

Texting and driving can significantly increase your risk of being involved in an auto accident. Taking your eyes off the road for just long enough to send a text can slow your reaction time enough to cause you to crash into another vehicle or pedestrian. And because teenagers don’t have the driving experience that can allow them to dodge danger, texting and driving can be especially risky for teens.

No message is worth risking your life—if you’re tempted to shoot off a quick text while on the road, it’s a better idea to find a rest stop or another place that can allow you to focus your full attention on the message you want to send.

Nevada drivers are far more likely than most to run red lights, with Las Vegas ranked as the fourth U.S. city in which running red lights is common.

Because of this sobering statistic, Nevada lawmakers have considered installing red light cameras, which would log license plate numbers of red light violators and send traffic tickets to the addresses of record.

However, these lights aren’t yet in use, which means that police officers have to catch drivers in the act. Currently, under Nevada law, traffic light cameras are illegal. Expanding the use of these cameras would require the legislature to vote to change state law.

Running a red light can put yourself and other drivers at risk. Because not everyone looks to make sure other cars aren’t coming after the light facing them turns green, someone running a red light could hit a car that enters the intersection or a pedestrian crossing on a walk signal. In either event, this accident would be the red-light-runner’s fault for failing to yield to others.

Nevada strictly prohibits driving while under the influence of alcohol, illicit drugs, or certain prescription drugs that have an intoxicating effect. Unfortunately, this doesn’t stop all drivers from driving while intoxicated—and in Nevada, nearly 100 people are killed each year as a direct result of DUI. Six in ten DUI-related fatalities involve someone who is driving with a blood alcohol content (BAC) of 0.15 percent or higher.

A first DUI can mean spending time in jail, paying a $400 fine, and having your driver’s license revoked for several months. For second and third offenses, the penalties include one to six years in prison, a fine of up to $2,000, and revocation of their driver’s license for three full years.

Each of these traffic laws was designed and implemented for a good reason—to improve driver safety and reduce the number of traffic accidents on Nevada roads. By violating these laws, Nevada drivers put themselves and others at risk.