What to Know About Nevada Hit-and-Run Laws 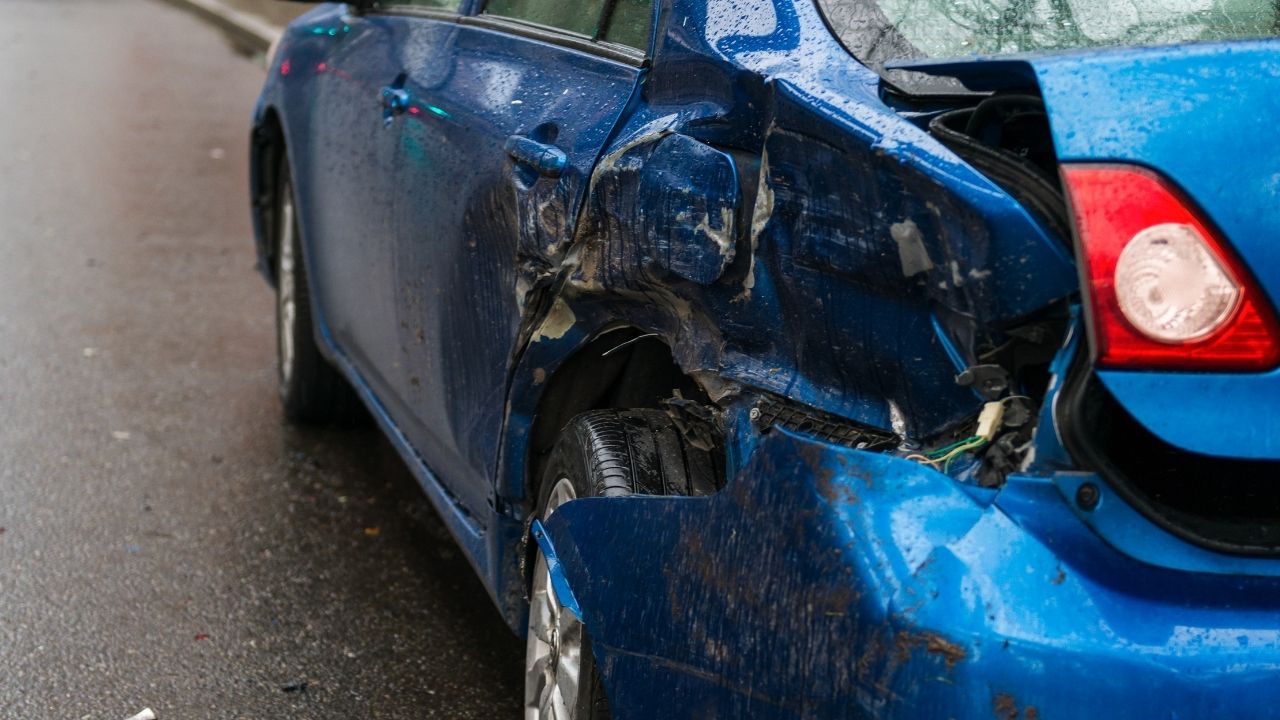 Despite the COVID-19 pandemic keeping many Nevadans close to home in 2020, the number of fatal car crashes in the Silver State increased by more than 3 percent from 2019. Experts blame this increase on three main factors—excessive speed, driving while under the influence, and distracted driving.

Unfortunately, drivers who are engaging in illegal behavior when they crash into someone else are more likely to leave the scene of the accident without calling for help or providing their insurance information.

Hit-and-run crashes are far too common in Nevada, and by May 2021, the number of fatal hit-and-runs in Las Vegas has already surpassed the city’s total for 2020. Below, we’ll discuss Nevada’s hit-and-run laws and what you can do if you’ve been injured or your vehicle has been damaged by a driver who left the scene.

Penalties for a Hit-and-Run Crash in Nevada

All drivers who are involved in an accident are required to stop at the scene (without obstructing traffic) and provide their name, address, and vehicle registration number to any driver or occupant of any other vehicle involved in the crash. Drivers also must provide this information (along with their driver’s license) to any police officer who responds to the crash.

If a driver is involved in a single-car accident that damages another person’s property, they are required to stop and locate the property owner; if they can’t, they must leave a note with their name, address, contact information, and (if applicable) the name of the vehicle’s owner. Leaving this note in a conspicuous or secure area (like a mailbox) near the scene of the accident is generally considered sufficient under Nevada law.

Failing or refusing to provide this information, or leaving the scene of the accident before the police arrive, turns this crash into a hit-and-run.

Drivers involved in an accident that results in death, injury (even mild injury) or property damage of more than $750 are required to notify law enforcement. If police respond to the scene and take a report then, no further action is necessary. However, if a driver leaves the scene of an accident causing property damage without notifying police or leaves a note for a homeowner but doesn’t contact police within 10 days, the driver could be liable for failure to file an accident report. This often comes into play when a driver collides with a home, fence, mailbox, or some other part of a homeowner’s property.

While failure to file a report isn’t a crime, it can lead to a one-year driver’s license suspension if the driver is later caught and cited; meanwhile, submitting a false accident report can be charged as a misdemeanor and punished by up to one year in jail.

Injuring Others or Damaging Property

The potential penalties for a Nevada hit-and-run will depend on the level of injury and damage caused by the crash. Generally, crashes that result in property damage only are charged as misdemeanors, while those resulting in injury or death are felonies.

A hit-and-run crash that causes property damage (to your vehicle, its contents, or your home or business) can be charged with a misdemeanor. If convicted, the driver may be punished by up to 6 months in jail or a fine of up to $1,000.

In 2015, Nevada increased the criminal penalties associated with leaving the scene of an accident in which someone is injured or killed. These hit-and-run drivers now face up to 20 years in prison if convicted of a category B felony leaving the scene. Convicted drivers can also be assessed $2,000 to $5,000 in fines (on top of any damages recovered in a civil lawsuit).

This is the same maximum sentence that can be imposed on those who injure or kill someone when driving while intoxicated (also a category B felony). Nevada lawmakers enacted this law to close the loophole that previously allowed drunk drivers to face a lesser sentence if they left the scene of an accident long enough to sober up.

When it comes to holding someone responsible for the injuries or damages they’ve caused in a hit-and-run accident, you have a few options.

Can you sue another driver for hit-and-run even if they haven’t been criminally charged?

Yes. The standard for being convicted of a crime—guilt beyond a reasonable doubt—is a stiffer one than the standard for being held liable in civil court. Because prosecutors have discretion on which defendants to charge with crimes (and what crimes to charge), and many criminal dockets are already overloaded, it’s possible to hold a driver civilly liable for your damages even if they were never charged with a misdemeanor or felony hit-and-run.

What must you prove to recover damages in a hit-and-run lawsuit?

To recover damages in a personal injury lawsuit against an alleged hit-and-run driver, you’ll need to establish (by a preponderance of the evidence) three key elements:

If the judge or jury holds the defendant liable for these damages, the case will then head to the damages phase. The plaintiff will need to provide evidence of the costs they’ve already sustained and those that may lie ahead. This can include direct out-of-pocket costs like medical expenses, lost wages, and property damage; future expenses like loss of future earnings; and non-compensatory damages like pain and suffering.

Is the hit-and-run driver always at fault?

However, defendants may be able to argue that they weren’t at fault in the accident. If the evidence supports this, the plaintiff might not be entitled to recover damages from the defendant or their insurance company; instead, they must seek compensation from their own insurer. Some of the evidence that can be presented includes traffic surveillance videos, GPS data, mobile phone or dashcam videos, eyewitness accounts, and forensic evidence like skid mark measurement or crash damage analysis.

What happens if the hit-and-run driver can’t be found?

The nature of hit-and-run crashes is such that it’s not always possible to find the at-fault driver. In these situations, you may be able to recover damages from your own insurance company under your uninsured/underinsured motorist (UM/UIM) policy. If you’re not satisfied with any settlement offer from the insurance company, you can file a lawsuit to recover excess damages up to your total policy limit.

The issue of when you can sue an at-fault driver after recovering damages from your insurance company can be a tricky one. In some cases, you may be able to recover pain and suffering or other non-compensatory damages from the driver. However, you generally won’t be permitted to “double-dip” by recovering certain types of compensatory damages, like medical expenses, twice.

What happens if the other driver wasn’t insured?

If the other driver is found but wasn’t covered by auto insurance, they’ll be charged with a crime. Driving without a valid insurance policy is a misdemeanor under Nevada law. But unless the other driver has significant assets that can be seized or garnished in a lawsuit (which is uncommon for those who take the risk of driving without insurance), to recover any damages you’ll usually need to proceed against your own insurance company under your UM/UIM limits.

This is one reason it’s so important for every driver to carry adequate UM/UIM insurance. If your insurance coverage has a fairly low UM/UIM limit, it may not be enough to fully compensate you if you’ve suffered catastrophic or permanent damages. And because around one in every 10 Nevada drivers is currently on the road without auto insurance, your risk of being involved in a UM/UIM crash is higher than you might think.

How long do you have to file a lawsuit in a hit-and-run crash?

Under Nevada law, personal injury plaintiffs (including hit-and-run plaintiffs) have two years from the date of the crash to file a civil lawsuit. Failure to file a lawsuit within this time period can mean permanently giving up your right to recover damages, even if liability seems clear.

However, this doesn’t mean you have to know the other driver’s identity at this point. You may be able to file a lawsuit against “John Doe” or “Jane Doe” and substitute the driver’s name if they’re found; if they’re not, your insurance company and its UM/UIM coverage will eventually be substituted as the defendant. Filing a John or Jane Doe lawsuit can preserve your legal rights while giving you and your attorneys the time to thoroughly investigate the crash to narrow down any potential suspects.

If you’ve been injured by a hit-and-run driver, it’s important to take action quickly. The more time that passes after your accident, the more physical and eyewitness evidence can be lost—and the weaker your claim may become. By enlisting experienced legal counsel as soon as you can, you’ll have a team on your side to preserve physical evidence, take witness statements and depositions while the incident is still fresh in their mind, and help you fight for every penny you deserve.