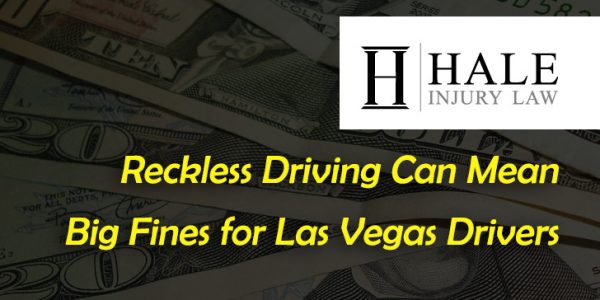 Drivers familiar with the fast paced lifestyle synonymous with Las Vegas know that hazards, as both driver and pedestrian, are around every corner. Whether reckless driving incidents happen intentionally or due to distracted driving, they can happen quickly and result in fatal consequences. Some common examples of reckless driving may include; illegal street racing or driving significantly over the speed limit, consecutively running red lights, failing to comply with a stop from a police officer, and even running into median dividers.

Typically, but not always, reckless driving is a misdemeanor crime and is charged based on an officers discretion that a driver was driving recklessly. If the incident causes death or physical harm, it is then considered a felony crime in which you’d immediately want to call Las Vegas wrongful death lawyers. Reckless driving can end in fatalities and multiple other driving charges. If you have been impacted by the negligence and carelessness of Las Vegas drivers, contact Las Vegas wrongful death lawyers at Hale Injury Law immediately.

The Law On Reckless Driving

Reckless driving that does not cause injury is more often than not cases dealing with a basic misdemeanor. However it can carry a punishment of up to six months in jail along with the possibility of more charges depending on how many times this infraction has occurred. Each recurrence of this crime increases the associated fine:

Accidents involving you and others where another motorist or passenger is injured or killed, a felony incident may apply and carry a maximum penalty of six years and fines up to $5,000. It only takes an officer to dictate that “…a driver was driving recklessly.” Remember that anytime a persons life is put at danger behind the wheel, a wrongful death could result. In 2015 the number of pedestrians killed by motorists increased 10 percent, and pedalcyclist deaths increased 13 percent compared to 2014. If someone you love is the victim of a felony reckless driver Hale Injury Law may be able to help you pick up the pieces.

Reckless driving accidents can cause not only damage to unaware bystanders, but also financial damage to your future. Finding the right law office to pursue your wrongful death case in Las Vegas is as easy as contacting Hale Injury Law. Consult with one of our knowledgeable Las Vegas injury attorneys today.