Look Before You Leap: How to Reduce Pedestrian Accidents

Las Vegas, the aptly named ‘Sin City,’ attracts millions of visitors every year for its upscale casinos, classy debauchery, bottomless drinks and the brilliance of the strip lit-up at night. Considering the high volume of foot-traffic and the alcohol that incessantly flows through the veins of the city and its visitors, it is unfortunately of no surprise that it has an extremely high rate of pedestrian vs. automobile accidents. The saying, “What happens in Vegas, Stays in Vegas” is all in good fun, except for when what is ‘staying in Vegas’ is the memory of the deceased.

As such, it is important that you know what to be aware of in order to avoid from becoming a part of the statistics. We will examine how the issue has progressed over the years, the most common factors in such an accident, and what to do if you are on either side of the equation in the happening of such an accident. If you were hit by a car in Las Vegas contact a Las Vegas Personal Injury Lawyer now. 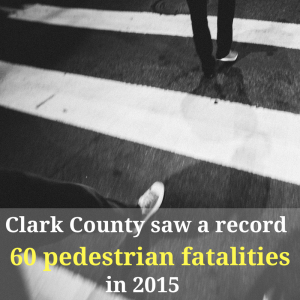 These numbers are disconcerting, to say the least, and lawmakers and enforcers have been working more diligently to lower these numbers and create a safer environment for Las Vegas’ inhabitants and visitors. 11 years ago, the Zero Fatalities program was launched, which placed an emphasis on increasing the efforts of law enforcement and improving road developments. Soon after the launch in 2009, Clark County saw its lowest pedestrian fatality rate yet, with a total of 29 deaths; however, since then the numbers have been on the incline and Zero Fatalities has become a ghost along with its efforts.

With lawmakers and enforcers puzzled as to how to thwart this problem, there are sadly no definitive solutions to the ever-growing problem. So, it is up to you to make sure that you are aware of your surroundings, educated on the nature of the place you are visiting, and—if you are driving—that you are doing so in a sober and alert state.

‘Most Likely’ Circumstances for a Pedestrian Accident 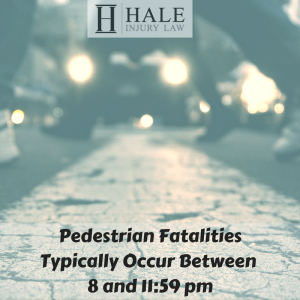 In terms of when, the most common time of day for pedestrian vs. automobile accidents is from 8:00 pm to 11:59 pm. Once the sun goes down, pedestrians inevitably become harder to see for vehicles—especially for those who are driving under the influence. While you can’t control the doings of others—particularly the choice to ingest torrents of alcohol before operating a motor vehicle—you can certainly make sure that if you are walking at night, that you are aware of your surroundings and not walking too close to the street when doing so.

Where you walk is equally important. Believe it or not, crosswalks and sidewalks are some of the most common areas for these incidents to occur due to poor lighting in certain parts of the city. Jaywalking is also a large issue that contributes to the high numbers of fatalities and as such, is illegal in Las Vegas as a protective measure. Not only does Las Vegas attract an insane amount of foot-traffic, but it is also riddled with taxi cabs, ride-sharing services, and inhabitants that coast through the streets incessantly. This combination of vehicles and humans virtually sharing the same roadway is a dangerous one that proves for a risky walk when considering those who make poor driving decisions.

Last but not least, is how aware you are when you are walking or driving. If someone is impaired and walking down the street, their awareness may be at an all-time low and they may find themselves stumbling into the roadway without being the slightest bit aware of it. Inversely, drivers who are impaired or drowsy behind the wheel may also veer off onto sections of sidewalk or blast through a crosswalk without batting an eye—or in the case of drowsy driving, both eyes. Also, when it comes to crosswalks, some people decide not to wait until the lights completely change and the signs give them permission to cross. This impatience, met by the impatience of drivers, can lead to a horrific accident that may end in fatality.

How to Prevent Pedestrian Accidents 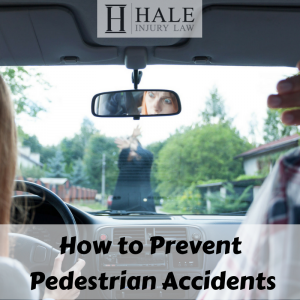 What this all comes down to is, is be aware. It seems like common sense to be mindful and aware when transporting oneself, no matter the form of transportation. However, time and time again people are losing their awareness to one-too-many gin and tonics and veering off into the streets (in the case of pedestrians) or onto the sidewalks (in the case of vehicles).

If you are walking to your hotel room after your friend’s bachelor party and are much more inebriated than you anticipated, hail a ride-share service or taxi to get you where you need to go safely. If your hotel isn’t far, then be sure to follow the directions of the crosswalks and stay close to the buildings instead of right along the roadway. It seems much easier said than done. We can’t all be 100% self-aware 100% of the time, however, it isn’t impossible to measure out the probability of such an incident and plan your actions accordingly.

What to Do if You are in a Pedestrian Accident 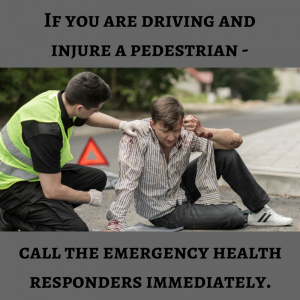 Knowing what to do in such a situation is not always the easiest thing to determine, especially when you are actually in it. If you are driving and you happen to injure a pedestrian—either fatally or non-fatally—it is important that you do not flee the scene and that you call emergency health responders immediately. If the affected pedestrian is to have an increased chance of recovery, it is imperative that they get immediate medical attention. This is also the same for those that witness such an accident. Once the medical health professionals have been called, it is time to file a police report and start collecting information from other witnesses and drivers on the scene.

In such cases, it is unfortunate that the pedestrians—more often than not—do not survive the fatal nature of the injuries. So, if you or a loved one has been affected by a pedestrian vs. motor vehicle accident, don’t hesitate to contact a local pedestrian accident attorney for a consultation. You may be entitled to compensation for a wrongful death, and if you are, the best way to find out is to contact Hale Injury Law and enroll the expertise of a pedestrian accident attorney to ensure that your family or the family of the afflicted is substantially compensated for the damages and loss that you/they have endured.